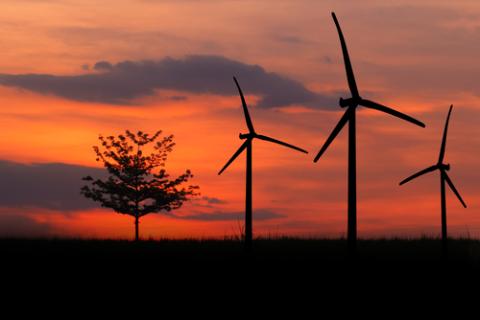 SYDNEY — Australia is frightening developers away from renewable energy even before the government decides whether to overhaul targets for the industry’s growth.

Prime Minister Tony Abbott’s decision to take advice on renewable energy targets from a skeptic about the causes of global warming prompted at least two developers to reconsider plans for wind and solar farms. Earlier this week, the company planning a giant solar plant in Mildura pulled out of the project citing the risk the government will rework its policy.

Concern that Australia will dismantle the target is unsettling an industry that has brought in A$20 billion ($19 billion) since the country first set goals for clean energy in 2001. Abbott’s administration is working to limit electricity bills and has tilted Australia away from wind and solar power and toward the fossil fuels blamed for global warming.

“The reported intentions of Mr. Abbott amount to economic vandalism, pandering to the climate skeptic minority and represents a total misread of community aspirations,” said Miles George, managing director of Sydney-based Infigen Energy, which has stakes in 24 wind farms in Australia and the U.S.

Abbott named Dick Warburton in February to lead a review of the renewable energy policy and answer whether the nation should maintain targets for the technology. The former board member of the Reserve Bank of Australia told the Australian newspaper when he was appointed that he is a “skeptic that man-made carbon dioxide is creating global warming.”

Australia’s spending on large-scale renewable energy projects fell to A$58 million in the six months through June from almost A$1.3 billion a year earlier, said Kobad Bhavnagri, head of research at Bloomberg New Energy Finance in Sydney.

“If the government headed down that path and changed what is meant to be a stable, bipartisan supported policy platform, it creates red flags everywhere, not just for this sector,” Judd said.

Suzlon said yesterday it will reconsider investment in the A$1.5 billion Ceres wind farm in Australia if the policy is pared back. The day before, Solar Systems Pty suspended plans for a 100-megawatt photovoltaic plant in the state of Victoria. It would have used mirrors to focus the sun’s power on solar cells, one of the biggest projects of its kind in the world.

“We don’t see much activity in Australia until this is clarified,” Chief Executive Officer Anders Runevad said today in an interview on Bloomberg Television.

At Infigen, about 1,000 megawatts of projects won’t go ahead if the government scraps its target, George said in a phone interview from Sydney. Investors are troubled that Abbott would even attempt to roll back a bipartisan agreement, he said.

“There’s a lack of appreciation at the government level of the sovereign risk and investment value implications of a dramatic cut in the target,” George said. “It’s reckless.”

Warburton hasn’t made public statements about the policy he’ll recommend, and he couldn’t be reached for comment. Asked whether the government intends to scrap the renewable energy target, Treasurer Joe Hockey said yesterday that it will review Warburton’s report before deciding. Abbott’s office didn’t return calls seeking comment.

Keeping the renewables target would shrink coal’s share as the fuel for Australia’s power market from about 74 percent to 64 percent by 2020, according to the Climate Institute. Repealing it would add about $8 billion in profit to coal plant operators including Origin Energy Ltd., AGL Energy Ltd. and EnergyAustralia Holdings Ltd.

“If the government changes the scheme and reduces the target, the consequences of that are obviously beneficial to those who own fossil-fuel assets,” AGL Managing Director Michael Fraser said today by phone. As the nation’s largest renewable energy developer, AGL could also be hurt, he said.

Fraser, whose company agreed earlier this year to buy two state-owned coal-fired power plants in New South Wales for A$1.51 billion, said the government needs to “rethink” the policy to spur significant investment in the industry.

EnergyAustralia, the Melbourne-based unit of CLP Holdings Ltd., may take in about $2 billion more profit in the future on a present-value basis, the Climate Institute, an environmental research group, said in a report on Aug. 18.

EnergyAustralia and other large utilities oppose the current requirement that Australia get 41,000 gigawatt hours of electricity from large-scale renewable projects by 2020. While the policy was originally designed to set Australia’s renewable share at 20 percent, lower electricity demand means clean energy is poised to have an even larger share.

“EnergyAustralia does not support abolishing or closing the renewable energy target,” it said in a government submission in May. “Recalibration of the RET to equate to the original 20 percent by 2020 policy commitment is the most balanced approach.” The company declined further comment.

The clean energy industry employs about 20,000 people and has brought in A$20 billion of investment since the government first approved a renewable energy target 13 years ago, according to the Clean Energy Council, which represents about 550 renewable developers.

Abbott already won approval from parliament to scrap a levy that 300 companies paid since 2012 for their emissions. That left Australia, the largest polluter per capita among industrial nations, without a system to cut greenhouse gases.

The prime minister has also sought to eliminate the Climate Change Authority, a government adviser, as well as the Clean Energy Finance Corp. and the Australian Renewable Energy Agency, which provide funding for projects.

He would need support from lawmakers to scale back the target. Clive Palmer, the mining magnate who controls three critical seats in the upper house and helped Abbott repeal the carbon price, has said he’ll oppose abolishing the clean energy target. Even so, renewable developers are on the defensive.

“There’s been a lot of speculation whether the government will shut down the scheme altogether or cut the target substantially,” said Kane Thornton, acting CEO of the Clean Energy Council. “Investments have been made on the basis of the government’s policy remaining until 2030. If there are major changes, those investments will be damaged.”