More
Home Storage Grid Scale At the Edge of the Grid 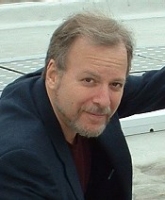 What do you think would have happened if, a hundred years ago, someone had invented a DC Power Transformer? Direct Current power in, electricity out — any voltage, current, frequency, and phase.

Would we have a DC Grid? A system where high voltage DC would be transmitted over grid we have today, inverting power to AC when required by the occasional motor or AC load? Perhaps, but in any case, today we have an AC grid, with a zillion little rectifiers loitering at its edges. Yes – a zillion. Every television, computer, cellphone, microwave, fluorescent lighting ballast, cordless phone – a zillion. And they’re each sucking up a watt or two, often 24 hrs a day. Arthur Rosenfeld, head of the California Energy Commission, calls them our “Energy Vampires.” And what’s more, near the ‘edge of the grid’ where these rectifiers convert from AC to DC to power our electronics, we’re installing DC generators; solar photovoltaic cells, wind generators, fuel cells, and batteries. Each of these produces clean direct current, which we spend energy inverting to alternating current, synchronizing, avoiding islanding, and sending it into a transmission and distribution system that is rife with losses. Finally, before it’s used, this inverted power is rectified again, back to its original DC form. This round-trip journey to nowhere is expensive. The rectifiers were built with only economy in mind. They’re cheap, hot, and inefficient. So what’s going to happen? First, centralized rectification. One rectifier, probably at the building’s service entrance, will provide DC power through a separate, or even the same electrical systems. Currently, commercial fluorescent lighting systems powered by DC have a separate DC wiring system. It’s easy to convert the AC lighting system wiring to DC. In the future, we’ll see wiring systems that provide AC through the hot and neutral wires, DC through the neutral and ground – the patented outlet for this already exists. The Nextek Power Gateway is such a centralized rectification system that takes power first from its DC buss, powered by locally generated energy (like solar photovoltaic), then, as needed, from the AC grid, rectifying only what’s needed when clouds pass overhead or at night. An additional advantage of this architecture is that the system is not subject to anti-islanding laws and can continue to power the load during a power failure (see related links, following article). Second, the Universal Transformer. In development now are several designs for a solid state transformer that will provide whatever power is needed, at whatever frequency. The efficiency and flexibility of this device will cause dramatic improvements in the energy profile of the grid (see related link following article). Next, the DC Grid? The feasibility and the necessity of a DC transmission system is an unresolved topic but there are significant benefits involved. These will be better outlined in an upcoming white paper soon to be released by EPRI. The battle between AC and DC was originally fought by Edison and Westinghouse at the turn of the century. The invention of the AC transformer allowed Westinghouse to build the power plant at Niagara Falls in contrast to Edison’s backyard generators. Westinghouse won, but “Edison was Right.” About the author… Mark Robinson is VP Sales & Marketing for Nextek Power Systems of Long Island, NY. He is a licensed master electrician and a Microsoft Certified Engineer. Nextek Power Systems provides their Gateway for Power to commercial buildings to power lighting systems and Variable Frequency Motor Drives with clean DC from locally generated sources.