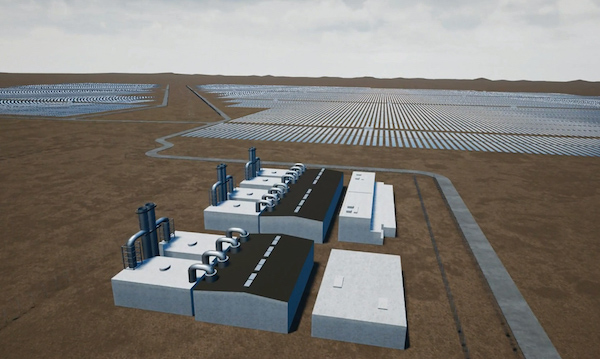 Singapore-based Equis has partnered with Snowy Hydro on the project, which will be the biggest solar array in South Australia.

“As Asia’s largest renewable energy developer and investor, the Tailem Bend solar project represents an exciting expansion into Australia for Equis,” he said.

“We are delighted to partner with Snowy Hydro on the Tailem Bend solar project to build one of Australia’s lowest cost solar generation projects with a unique ‘battery-storage ready’ design, further enhancing the project’s long term attractiveness as a stable, low cost source of power.”

Tailem Bend is on Australia’s longest river, The Murray, about 90km east of the South Australian capital Adelaide.

South Australia leads the nation in the uptake of wind energy and roof-top solar, with renewable sources accounting for more than 40 percent of the electricity generated in the state. The South Australian government aims to extend this to 50 percent by 2025.

However, the closure of two coal-fired power stations in recent years has increased South Australia’s reliance on energy supplies from the eastern Australian states, particularly in times of peak demand.

The Tailem Bend project will mean Snowy Hydro has access to 264 MW of generation capacity in South Australia, which includes 136 MW of thermal capacity at Port Stanvac and Angaston. It will add a further 28 MW of diesel generation at the Tailem Bend site from 2017.

“This is an exciting opportunity for Snowy Hydro to source renewable generation in South Australia to complement our existing capacity,” Snowy Hydro CEO and Managing Director Paul Broad said. “The solar farm represents a significant, strategic investment in South Australia by Snowy Hydro and demonstrates our commitment to growing both our generation business and our Lumo Energy business, which services around 50,000 electricity customers in the state.

This article was originally published by The Lead under a Creative Commons license.