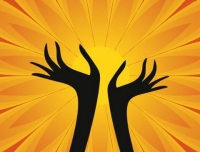 New Hampshire, USA — India’s solar energy installed capacity has swelled from practically nothing to more than 2 GW in the three years since the creation of the Jawaharlal Nehru National Solar Mission Phase 1 (JNNSM). Impressively, costs have come down rapidly (to roughly $0.12/kWh for solar PV, and $0.21/kWh for CSP) to be competitive with grid-connected solar PV in many other regions.

A new World Bank report points to three ways that future phases can build on that beginning:

Public funding. Financing for solar projects under Phase I of the JNNSM were from export credit agencies, multilateral financial institutions, nonbanking financial institutions — but “it is inconceivable for JNNSM to scale up to the levels envisaged under subsequent phases and beyond without the active participation of scheduled commercial banks,” the report asserts. As unallocated resources dwindle and unit costs of solar power rise, commercial banks that already back most infrastructure lending must be tapped and the government must develop methods to reduce risk, such as subordinated public finance. Look for “a huge scaling up of financing requirement” with Phase II of JNNSM to add another 3.6 GW of capacity, nearly double that capacity (6.4 GW) potentially developed by individual states requiring even more financing.

Cluster-based project development. Publicly developed infrastructure such as solar parks will help build up infrastructure (power transmission, roads and water) and employment, while increasing efficiencies and lowering costs, according to the report. One such park in Gujarat (Charanka, Patan district) is already the largest in Asia; an even bigger one is being planned in Rajasthan (Bhadla, Jodhpur district).

Specific solar manufacturing niches. Part of what’s holding India back is a lack of solar supply infrastructure, from natural resources for raw materials to technologies that aren’t already patent-protected. A domestic content requirement hasn’t and likely won’t help local c-Si manufacturing. “India should develop its manufacturing capabilities in specific parts of the value chain where it enjoys a comparative advantage and can emerge as a globally competitive producer,” such as solar thermal, which the report authors point out “holds with more established industries in India, such as automotive, glass, metal, chemicals, power equipment, process heat, and construction.”

IFC Backs Laos Hydropower: The International Finance Corp. (IFC) and the Laos National Chamber of Commerce and Industry have signed a memorandum-of-understanding to get the government and business community on the same page for development and operation of hydropower projects. Seminars through 2014 will seek to introduce sustainability standards, tools, and best practices for hydropower projects.

Asia Fund Seeks $1.2 Billion for Renewable Energy: Singapore-based Armstrong Asset Management has closed a $164 million clean energy fund with 10 investors. The fund is looking at about 30 renewable energy projects in Southeast Asia with a focus on the Philippines, Indonesia and Thailand where policy support is “more advanced,” managing partner Andrew Affleck told Bloomberg, adding that the fund already has backed two investments for solar and solar/biogas operations.

China Encourages Grids to Buy Solar: China’s National Energy Administration is directing power grid companies to buy all the solar energy produced in their areas, seen as an effort to kick-start new grid-connected solar which is likely to fall well short of 5-GW goals this year — targets which more than double next year to 12 GW.

Small Hydro in Indonesia: Voith Hydro will supply turbines, generators, automation systems, and balance-of-plant equipment for the 8.80-MW Pusaka 1 and 3-MW Pusaka 3 hydropower projects in Indonesia’s West Java province. The country has vast untapped hydroelectric power resource (up to 75 GW cumulative potential), and seeks to generate 25 percent of its total energy supply from renewable sources by 2025.

China’s Solargiga Forms Ghana Solar JV: Solargiga and the Savannah Accelerated Development Authority have agreed to jointly develop 200 MW of solar PV plants in Ghana, with Solargiga holding 90 percent stake in the venture, which initially will develop 40 MW of capacity.

Ming Yang Cracks India Wind Market: China’s Ming Yang Wind Power says it has received an order from an undisclosed developer in India’s Maharashtra state for 100 of its 1.5-MW turbines, which were approved in October by India’s government-run Center for Wind Energy Technology. The company also says it has signed a deal to develop 200-MW of wind farms in Romania starting next year.

Australia’s NSM Selling Power Stations: The government of New South Wales (NSM) is selling a number of power stations — 2 GW of coal and gas-fired plants, plus 100 MW of wind and hydroelectric assets — to raise more than $700 million to fund infrastructure projects including the North West Rail Link and WestConnex motorway.

Solar Support in Thailand: The Energy Conservation Fund (ECF) will provide nearly 4 billion baht in financial support for 61 MW of rooftop solar installations at state agencies. The program is part of a government effort to more than double renewable energy consumption to 25 percent of total by 2021.

World’s Highest Wind Farm Online in Tibet: The first phase of the world’s highest wind farm — 4,700 meters above sea level — has begun operation in Nagchu prefecture in the Tibet Autonomous Region with an initial phase of 7.5 MW (five turbines) of a planned total of 49.5 MW (33 turbines), according to local reports.

ABD Backs Solar CSP Plant in China: A proposed 50-MW concentrated solar power (CSP) plant in China’s northwest Qinghai province now has a $150 million loan from the Asian Development Bank. China General Nuclear Power and the Export-Import Bank of China are jointly managing financing for the project, part of the government’s goals to build out 1 GW of CSP capacity over the next two years and 3 GW by 2020.

Calculating Residential Solar in India: Bridge to India has updated its IndiaSolarHomes.com, which includes a calculator to show residents their potential costs and monthly savings for going solar, and then connect them with local vendors and installers.

India-Pakistan Biomass Collaboration: Officials from India’s Punjab region, touring a 15-MW biomass plant in the village of Channu with officials from Pakistan’s Punjab region across the border, pledged to help set up similar biomass operations in Pakistan to utilize agricultural waste.

More Insights Into Solar Financing in India: Nehmat Kaur, India representative for the Natural Resources Defense Council (NRDC), summarizes a roundtable discussion at the recent Intersolar India conference: viability gap funding vs. generation-based incentives, who should be the approved purchasing agency, what are lenders’ highest perceived risks (and what external financing sources are available), and ranking risk-mitigating financing options.

Coconut-Fired Biomass in Thailand: RenewableEnergyWorld.com’s David Appleyard looks at a new biomass power station in Thailand that will be fueled by coconut waste: husks, shells, and leaves.

South Korea Updates Energy Plans: A draft of South Korea’s updated long-term energy plan includes a significant hike in renewable energy to 11 percent of generation capacity by 2035, up from just 0.7 percent in 2011. Other goals include a 15 percent reduction in power demand, and lowered expectations for nuclear power to 29 percent of generation capacity in 2035, well below the 41 percent in the circa-2008 energy plan.