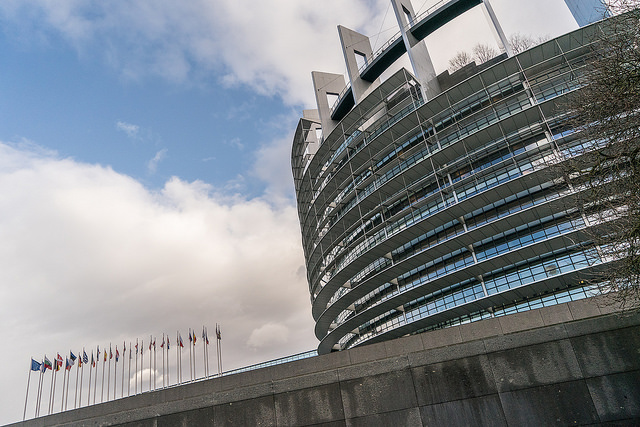 Members of the European Parliament (MEPs) voted yesterday to approve and adopt a sweeping set of measures that will ensure the growth of renewable energy, energy efficiency, electric vehicles and advanced biofuels in the region.

According to a press release by the European Parliament, MEPS are now ready to negotiate binding targets with EU ministers to boost the share of renewables in the total energy mix to 35 percent and boost energy efficiency by 35 percent by 2030. The previous target, which just focused on renewable electricity, was 20 percent by 2020. Parliament also endorsed a target of 12 percent share of energy from renewables in transportation by the same date.

To meet these new targets, EU member states must now set their own national targets, which the EU government will monitor to ensure that they are in line with the new law.

The renewable energy measure, which was adopted with 492 votes to 88 and 107 abstentions, requires that the share of renewable energy in the region should be 35 percent of final energy consumption by 2030. Member states will set their own national targets and are allowed to deviate by a maximum of 10 percent under certain conditions, according to the release.

On energy efficiency, MEPs voted in favor of a minimum 35 percent binding EU target, to which member states must abide. This target would be based on the projected energy consumption in 2030 according to the PRIMES model (simulating the energy consumption and the energy supply system in the EU).

Parliament wants to ensure that consumers who produce electricity on their premises are entitled to consume it and install storage systems without having to pay any charges, fees or taxes. To that end, MEPs are asking member states to assess existing barriers to consuming energy produced on the consumer’s own premises, to promote such consumption, and to ensure that consumers, particularly households, can join renewable energy communities without being subject to unjustified conditions or procedures.

In 2030, each Member State will have to ensure that 12 percent of the energy consumed in transport comes from renewable sources, according to the new law. The contribution of so-called “first generation” biofuels (made from food and feed crops) should be capped to 2017 levels, with a maximum of 7 percent in road and rail transport. MEPs also want a ban on the use of palm oil from 2021.

The share of advanced biofuels (which have a lower impact on land use than those based on food crops), renewable transport fuels of non-biological origin, waste-based fossil fuels and renewable electricity will have to be at least 1.5 percent in 2021, rising to 10 percent in 2030.

By 2022, 90 percent of fuel stations along the roads of the Trans-European Networks must be equipped with high power recharging points for electric vehicles, say MEPs.

MEPs want support schemes for renewable energy from biomass to be designed to avoid encouraging the unsustainable use of biomass for energy production if there are better industrial or material uses, as carbon captured in wood would be released if it were burned for heating. For energy generation, priority should therefore be given to burning wood wastes and residues.

According to French MEP Michele Rivasi, the measure is “historic, compliant and consistent” with the EU’s climate commitments.

“This is the first time that European legislation has developed, in particular, an EU 35 percent renewable energy target and a 35 percent energy efficiency target for 2030, a methane strategy, and obligations to fight against energy poverty.”

MEP Claude Turmes said that he is proud that the Parliament “contributed to restore EU’s credibility on climate.”

He added: “Increased ambition on renewables, energy efficiency and a strong governance system based on a carbon budget approach will contribute to the achievement of a net-zero carbon economy by 2050 and to comply with the Paris Agreement. The Parliament will show a united front when entering into negotiations with the Council.”

According to the new measure, by January 1, 2019 and every ten years thereafter, each member state must submit an integrated national energy and climate plan to the EU Commission. The first plan must shall cover the period from 2021 to 2030.