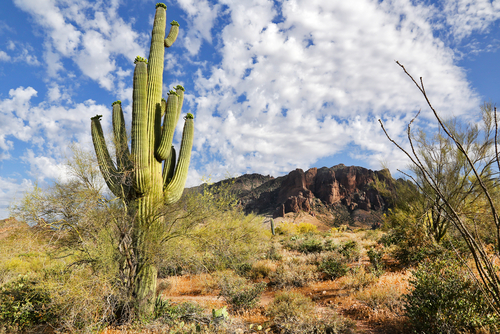 Arizona Public Service’s (APS) recent offer to the Arizona Corporation Commission (ACC) to forgo a request for an interim increase to the utility’s distributed generation grid access charge is a “step in a positive direction,” a spokesperson for home solar provider Sunrun said on Sept. 28.

In a Sept. 25 filing to the ACC, the utility asked the ACC to move forward with “cost of service” hearings to ensure future electricity rates are fair to all customers.

On April 2, APS filed with the ACC an application to reset the utility’s lost fixed cost recovery (LFCR) mechanism adjustment from 70 cents per kW to $3 per kW, effective Aug. 1, 2015. Arizona’s utilities use the LFCR to recover money from customers who reduce their utility bills by generating solar power. The ACC in 2013 set the LFCR for APS to 70 centers per kW.

In a Sept. 25 statement, APS said: “Our original request essentially asked the ACC to implement a decision it made two years ago. It would have helped to address an inequity that virtually everyone agrees needs to be fixed, other than the small handful of rooftop solar leasing companies that profit from prolonging the problem. Our proposal would have benefited the vast majority of electricity customers while producing no additional profits for APS.”

Sunrun’s spokesperson said APS’ decision to move away from the cost increase “has national implications.”

“APS’ action should send a message to utilities in other states where net metering is under discussion, like in California and Hawaii, for instance, that charges intended to wipe out the solar industry are not a winning path,” she said.

If the ACC accepts the recommendation from APS, the hearings would address the cost to serve APS’ residential customers with and without solar, and how those costs are collected under APS’ current rate design, according to APS’ filing.

APS is asking for a decision in March 2016 so the results can be incorporated into its next rate case.

In a late August order, the ACC set APS’ application for hearing, and directed the ACC hearing division to schedule a procedural conference for purposes of setting dates and other related maters.

ACC Chairman Susan Bitter Smith and Commissioner Bob Burns submitted dissenting opinions to the order, saying that the application should not be decided outside of a general rate case.

Sunrun agrees with the commissioners’ position.

“Solar rates should only be up for discussion in a rate case and after a full study of benefits and costs,” she said.

The Alliance for Solar Choice (TASC) and TASC member Sunrun in September filed separate requests for rehearing of the ACC’s order. In its filing, TASC claimed that the ACC’s order is a “determination that a rate increase can occur outside of a normal rate case,” and that that determination “violates Arizona’s constitutional prohibition against single issue ratemaking.”

Sunrun, in its filing, requested rehearing on the grounds that ACC Commissioner Bob Stump should have recused himself from the proceedings.

“The collective public record now demonstrates that [Commissioner Stump] has pre-judged and expressed views that are hostile to the competing positions advanced by interveners [to the case],” Sunrun said.

APS claimed in its Sept. 25 filing that rooftop solar leasing companies have resorted to “a display of political gamesmanship.”

“We hope our proposal will provide an alternative for the ACC to move forward with a much-needed discussion about how to update electricity pricing to reflect energy innovations like rooftop solar, battery storage and home energy management systems,” APS said in its statement.

Lead image: A vista in the Sonoran Desert of Arizona. Credit: Shutterstock.