More
Home O&M Monitoring Ancillary Systems for the Future: The SmartNet Project in the EU 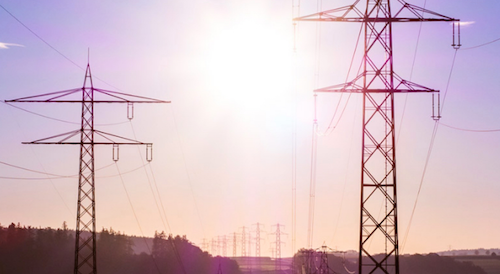 A three-year project funded through Horizon 2020 — the EU Framework Program for Research and Innovation — is aiming at re-thinking electricity grid operations to support higher amounts of renewable energy.

The SmartNet project — now well underway after commencing in January and operating with a budget of over €12 million (US $13.5 million) – will host a number of studies across Europe designed to investigate possible ways for extending procurement of ancillary services to distribution systems.

Ancillary services typically include managing reserve and balancing, voltage regulation, and congestion management, at both local and system-wide levels and are considered crucial for ensuring effective grid operations. However, with the rise of renewable energy penetration, challenges have emerged.

Explaining the motivation for SmartNet, the project’s coordinator, Gianluigi Migliavacca, of Milano-based RD&D organization Ricerca sul Sistema Energetico (RSE), told Renewable Energy World: “Renewable energy systems themselves don’t create a problem. The challenge lies rather in the non-programmable nature of certain kinds of renewables — the intermittency problem — that means that it’s not possible to plan with absolute certainty when power will be generated. In solar and wind power, for instance, we have only limited capacity to forecast generation. Balancing increasing amounts of variable injections into the grid, while also accommodating load demands — this is one of nowaday’s big challenges.”

Highlighting ancillary services as part of the solution, he said: “Flexible generation and loads are a resource potentially available to help solving this problem. In this frame, ancillary services markets are the mechanism where these issues could be dealt with so that national electricity grids continue to function effectively.”

By extending to distribution grids — the basis for ancillary services purchase — and improving the design of the ancillary services markets themselves, Migliavacca said that the Italian transmission system operator (TSO) aims to optimize power dispatching and the overall functioning of national grids, as well as reducing the money paid for real-time services acquisition, which could ultimately result, on one side, in the reduction of electricity bills and, on the other, an increase in the hosting capacity of the network for renewable energy.

SmartNet is paying particular attention to analyzing interaction between TSOs operating at the national-level and distribution system operators DSOs.

“The subject of TSO-DSO cooperation is critical,” Migliavacca said. “It may be improved through enhancing coordination and better exchange of information between TSOs and DSOs relating to monitoring of the distribution grid and for acquisition of ancillary services.”

To this end, Migliavacca suggested that several coordination schemes attributing different roles to the figures of the TSO and DSO are possible.

“They are the main object of study within the project: the main result will [be drawn from analysis] using an ad hoc simulation platform of the performance of such different schemes [demonstrated in] three national cases (Denmark, Italy and Spain) and draw conclusions case by case on their efficiency.”

Today, ancillary services are purchased only from resources located in transmission, and the relevant market is managed by the TSO, according to Migliavacca.

But such a system is not ideal for a grid aiming for high levels of intermittent renewable energy.

“Distribution networks were planned with the philosophy of fit-and-forget: systems were designed to distribute electricity top-down from generation connected to the transmission level to end consumers, and distribution systems are designed accordingly so that there should be no congestion in it,” he said. “By contrast, nowadays the level of penetration of distributed generation in distribution grids is increasing. Power often flows back from distribution to transmission and the amount of this flow is uncertain due to an important percentage of intermittent generation. Thus, local congestion becomes more likely and the need for reserves increases.”

In contrast, flexible management of distribution can alleviate local congestion. It is this case that SmartNet will explore.

In Migliavacca’s view, effective grid management relies on cooperation between TSOs and DSOs — something that may be achieved in several ways, which he refers to as ‘coordination schemes.’

There are several options to be considered in this context: “One possibility is that TSOs continue to manage ancillary services centrally. Another is that reserves in distribution that are not used locally are aggregated by the DSO and re-offered into the ancillary service market managed by the TSO. A third one is that DSO and TSO are each responsible in its own own area and a fixed energy flow is scheduled at the interface.”

These varied options may involve changes to the status quo of typical responsibilities held by TSOs and DSOs respectively, as Migliavacca said: “[We will be] assessing whether transferring to DSOs some responsibilities — that are traditionally retained by the TSO — for the purchase real-time reserves might result in a more effective management of the system.”

“Ancillary market design, i.e., how ancillary market operates, is also a key factor influencing its efficiency and a subject of study for SmartNet,” Migliavacca said. “Typically in Europe, balancing markets operate over 15-minute periods. But there are limitations to not updating system information more frequently, especially concerning real time treatment of system imbalance.”

He added that, In the U.S. system, information is used much closer to real time, clearing ancillary services markets every five minutes.

“There are advantages to this that will be worth our considering,” he said, noting that, taking into account generation forecasts for future time instants within the market resolution algorithm — even if known with a higher error margin — could help to achieve a “smoother” reserve management.

In all these aspects SmartNet will also explore regulatory implications and policy necessary to support novel TSO-DSO interactions in view of existing national and European regulations.

SmartNet will be undertaking several real-world studies in an effort to investigate technological and communication issues present between transmission and distribution networks. Three pilot studies are currently underway in testing facilities located in Italy, Spain and Denmark.

According to Migliavacca, the three physical pilot studies will demonstrate methods for monitoring generators in distribution networks while enabling them to participate in frequency and voltage regulation and for enabling provision of flexibility services by flexible loads connected to distribution.

“The generators in these pilot studies are distributed systems that may be utilized for their storage capacity and special flexibility characteristics,” he said. In Denmark, thermal inertia of swimming pools will be exploited by moderating water temperature ranges. While in Italy and Spain, local storage facilities of radio-base stations will be feature in tests.

A Question of Energy Storage

The nature of ancillary services begs the question of the role for utility-scale energy storage in future grids. Indeed, alongside pooling power from highly distributed power generators, storage is pitched to provide a vital compensatory function for the intermittency problem of renewables.

“Of course storage is one of the main challenges for the future,” Migliavacca said. “If we want to compensate for increasing amounts of renewables, a reasonable solution is endowing variable generation sets with utility-scale storage to provide a buffer for balancing supply and demand (concept of virtual power plant).”

Another option would be to create large bulk storage facilities located in critical points of the transmission grid, where they could help to compensate large amounts of variable generation, he said.

Assessment of utility-scale storage is outside the scope of SmartNet, but Migliavacca said: “In my opinion, [despite on-going questions over technological maturity] a business case could still be possible; but [it] should be sought for in the employment of big storage facilities for ancillary services provision. Again, this demonstrates the great relevance of the themes treated by SmartNet.

Towards A Common European Grid

Looking to the future, key stakeholders have called for greater levels of energy sharing across an open European transmission system — with little doubt, it’s a key part of Europe’s vision for moving towards 100 percent renewables. Here, Migliavacca observed: “Another level of complexity [to grid management] comes with what happens when TSOs of multiple countries are interacting (by means of a coupling of ancillary services markets), sharing energy, and managing mutual interconnections. This is an important area for further work, but it’s only marginally touched by SmartNet; however, SmartNet’s investigation (mostly focused at national level) will provide a good foundation for future investigation on these issues.”

The SmartNet project is being undertaken by a consortium of 22 partners from nine European Countries, including TSOs, DSOs, manufacturers, and telecommunication companies.

“This allows SmartNet to take into account the diversity of regulations in the different countries […] as well as all the major European institutions in the field,” Migliavacca said. “Moreover, gathering the most important R&D centers in Europe guarantees exploitation of the most up-to-date theoretical knowledge and the application of the most advanced simulation techniques.”

Altogether, SmartNet’s exploration of concepts for future grid architectures is encouraging and a critical aspect to the transition to wholly renewable energy systems. The project’s breadth of cooperation, while a necessary dynamic to comprehensively tackling issues at hand, also bodes well — providing a clear example of how multinational collaboration is paving the way to a cleaner future.