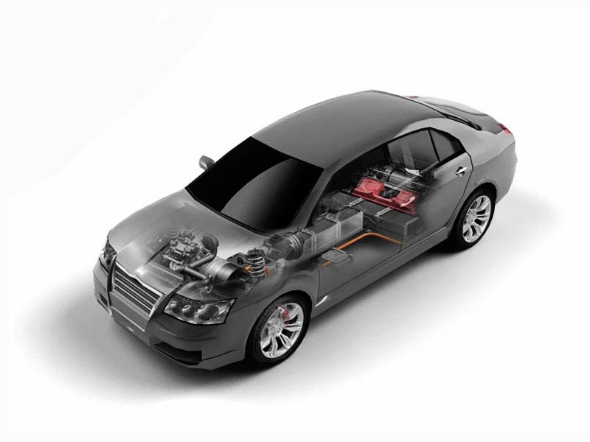 A123, a pioneer in lithium-ion batteries for electrical cars that received a $249.1 million federal grant, is getting financing worth as much as $450 million from Wanxiang Group Corp. The deal, which may give the Chinese company an 80 percent stake in A123, was opposed by Representative Cliff Stearns, a Florida Republican.

“It appears the Department of Energy and the Obama administration have failed to secure sensitive taxpayer funded intellectual property from being transferred to a foreign adversary,” Stearns said yesterday in an e-mailed statement.

The prospects of A123 falling under control of a Chinese company may spark political debate over the government’s financing of alternative-energy businesses. A123 received funds from the Energy Department as part of a program started in February 2009 to support construction of U.S. plants to make batteries for hybrid and electric vehicles. Solyndra LLC, a solar panel maker, filed for bankruptcy in September, two years after getting a $535 million U.S. loan guarantee.

Unprofitable A123 needed a financial lifeline after struggling with costs from a recall of batteries for plug-in hybrid luxury carmaker Fisker Automotive Inc. A political debate over the agreement is inevitable, according to Michael Lew, an analyst at Needham & Co. in New York.

“If you already have lawmakers talking, you can pretty much assume how it’s going to play out,” said Lew, who recommends holding A123 shares.

More important than the ownership is where the work gets done, said Lew. A123, based in Waltham, Massachusetts, has a factory in Michigan. The company also supplies batteries for General Motors Co.’s Spark electric car; Bayerische Motoren Werke AG’s BMW 5 Series hybrid sedan, and rechargeable and hybrid cars from China’s SAIC Motor Corp.

“What’s important is, even if it’s owned by the Chinese, that the jobs are here and the manufacturing is performed in the United States,” Lew said. “That’s ultimately the goal — job creation or at least an industry fostering and helping the economic climate here in the states.”

A123 rose 2 percent to 51 cents at 11:45 a.m. New York time, after gaining 6.4 percent yesterday following the deal with Xiaoshan City, China-based Wanxiang. The stock had plunged 69 percent this year through yesterday as the costs from the recall prompted A123 to pursue additional fundraising.

Stearns’ opposition highlights the challenges Chinese companies face when expanding in the U.S. Last month, two Democrats said Cnooc Ltd.’s $15.1 billion offer to buy Nexen Inc., which holds U.S. oil leases in the Gulf of Mexico, should be held up until the U.S. negotiates concessions from China.

A123, which calls itself the U.S. leader in advanced batteries, used the Energy Department’s funds to build the Livonia, Michigan, factory that made the flawed Fisker packs.

“There is definitely a growing concern about foreign- controlled or -owned companies attempting to gain a foothold into our supply chain in the United States,” said Stearns, the Republican representative. “We need to make sure the federal government isn’t an unwitting accomplice to the theft of our own national secrets by providing them with multimillion-dollar government grants and loans.”

The funds A123 received from the Energy Department can only be used for its U.S. operations, said Amy Brundage, a White House spokeswoman.

“Under the terms of the grant agreement, the company can only use funding to support U.S. manufacturing facilities,” Brundage said in an e-mail late yesterday. “Any changes to the scope of the grant would have to be approved by DOE, and DOE would not approve any changes that allowed the grant money to be used for anything other than investment in the manufacturing facilities here in the U.S. or U.S. jobs.”

Wanxiang would give A123 as much as $75 million in debt financing under the terms of the non-binding agreement, A123 said in a statement yesterday. Wanxiang may also buy $200 million of senior secured convertible notes and invest $175 million by exercising warrants, which could be converted for shares representing a stake of about 80 percent, according to the deal.

Wanxiang’s chairman, Lu Guanqiu, 67, was born into a family of farmers in Hangzhou, and started a farm-machinery maintenance shop in 1969 that’s grown into China’s biggest auto-parts maker, according to its website.

The company has been expanding in the U.S. It said in February that it would invest $25 million in Kansas City, Missouri-based Smith Electric Vehicles Corp., a A123 customer.

A123 said in March it would need to adjust its fundraising plans because of the $55 million cost of recalling Fisker Karma battery packs that have misaligned hose clamps.

The Wanxiang deal “is the first step toward solidifying a strategic agreement that we believe would remove the uncertainty regarding A123’s financial situation,” Chief Executive Officer David Vieau yesterday said in the statement.

It will also provide access to customers in China, he said.

“Superior battery chemistry, which was to be a U.S. competitive advantage, is now theirs,” Bob Lutz, GM’s former vice chairman, said in reference to the Wanxiang deal in a blog post on Forbes.com. “But why are we surprised? The Chinese have all the money in the world, and if they ever called the loans they have out to the U.S., the global economy would stop, and our nation would be in foreclosure.”