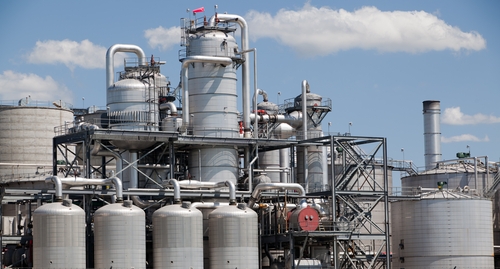 LONDON — Algae.Tec Ltd., an Australian producer of algal oils used in clean fuel, plans to sell $200 million of bonds in Europe to fund expansion in the Americas.

The company intends to start the offering within the next month and complete it by mid-year, Chairman Roger Stroud said by telephone. The proceeds will finance new factories in Texas and Brazil that will produce algae for biofuels, he said.

Algae.Tec is expanding after the U.S. approved a $1.01-a- gallon tax credit for producers of algal fuels. That followed a decision by the Environmental Protection Agency in September to raise the requirement for biodiesel in refined products. A year earlier, U.S. regulators allowed airlines to fly passenger jets using a biofuel blend.

Algae.Tec plans to retain a stake of more than 90 percent in the new factories, where feasibility studies will be completed this month, according to Stroud. The bond sale is “the most appropriate mechanism for this type of project providing a substantial leverage on equity,” he said.

The company, based in Perth, has already completed a study for a site in eastern Australia and expects project approval by the end of the quarter.

“Based on current commodity prices the financials around all three projects are showing strong returns,” Stroud said. Algae.Tec plans to have all three funded and under construction within 12 months. The first will take about two years to build.

The company’s technology can also trap carbon emissions that are released from industrial plants, which it can then use to feed algae production. In Texas, Algae.Tec is working with a “large power group” to reduce its emissions, while in Brazil it’s looking to team up with a food manufacturer, it said.

The company said in September it planned to build as many as six factories by 2015 at a cost of about $100 million each. The same month it agreed to work with Deutsche Lufthansa AG to build a European plant that uses algae to make jet fuel. Several sites have now been identified, including in Spain, and a final decision is expected by the end of the quarter, Stroud said.