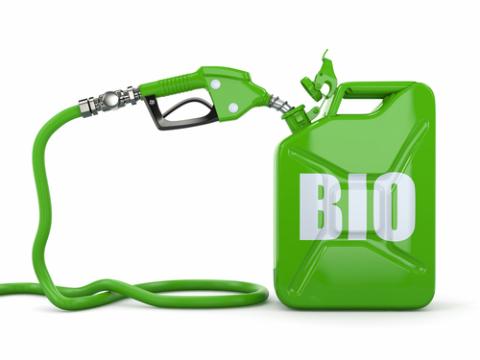 WASHINGTON, D.C. — Obama administration officials, under pressure from advanced-biofuel producers and farm-state lawmakers, have told industry representatives that they’re considering raising the quota for their product next year above what was contained in an August draft plan.

Officials from the Environmental Protection Agency told them they plan to offer a range for the mandate that would allow it to increase from the 2.21 billion gallons set in the draft, according to two participants in the meetings who asked not to be identified because the discussions were private. The range, as much as 1 billion gallons more, may still leave the final quota below the 3.75 billion gallons set by 2007 legislation establishing the program.

Depending on the specifics, “that would be a huge change, particularly for domestic biodiesel makers,” said Scott Irwin, a renewable fuels specialist at the University of Illinois who hasn’t seen the August draft, which was obtained by Bloomberg last month. “In the longterm, it would not be seen as quite the negative signal as the leaked document.”

Advanced biofuels, such as biodiesel and Brazilian ethanol, are part of a larger program for renewable fuels that is anchored by corn-based ethanol.

Corn growers and the ethanol industry are also pushing for an increase in the 13 billion-gallon quota called for in the August plan, which is below the 14.4 billion gallons in the law. The EPA has the ability to adjust the quotas in response to market pressures.

The EPA, responding to complaints from refiners and fossil- fuel oil producers, has proposed reducing the amount of renewable fuels that refiners must blend into gasoline and diesel next year, according to the August draft.

Refiners, fast-food restaurants, motorboat makers and chicken farmers have all pushed the EPA to scale back the ethanol mandate, saying it risks ruining engines by forcing more ethanol to be blended into gasoline.

The administration of President Barack Obama has held 22 meetings with outside groups about the 2014 mandates, according to Office of Management and Budget records. Seventeen have taken place since the draft emerged — 11 with renewable fuel makers such as DuPont Co. and Abengoa SA trying to fend off the reductions. Those companies say they will begin to make fuels from corn stalks and other waste products next year, which would qualify them as advanced renewable fuels.

The industry officials said the EPA is listening to those concerns and has pledged to preserve a market for what is dubbed as “next generation fuels.” In presenting a range, it would allow outside groups to weigh-in over the next two months, and EPA to make its final decision later.

New pressure was put on the Obama administration late yesterday, as a group of 32 senators pressed for EPA to raise, not lower, production quotas.

“In setting 2014 targets for biodiesel, the EPA should avoid outcomes that could lead to plant closures, worker layoffs, and uncertainty over future investments in the biodiesel industry,” the lawmakers, led by Democratic Senator Patty Murray of Washington, said in their letter. “We urge you to continue to support this fragile and growing industry.”

Refiners, which have battled the corn ethanol mandate haven’t fought so hard against biodiesel, as it doesn’t present the same constraints as ethanol. Escalating the required amount of ethanol may force refiners to sell blends with more than 10 percent of the corn-based fuel, a phenomenon known as “hitting the blend wall,” according to the American Petroleum Institute.

Fuel with more than 10 percent ethanol can cause engine materials to break down and damage emission-control systems, according to the Washington-based group that represents companies such as Exxon Mobil Corp.