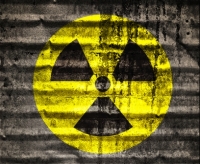 July has been a ghastly month for stockholders of A123 Systems (AONE) who’ve watched in horror as the stock price collapsed from $1.30 on July 5th to $0.49 at Friday’s close. While there was unfavorable news of a director resignation yesterday, all the other news over the last month has been positive, at least at first blush. In my view the market activity was both predictable and directly attributable to recent toxic financing transactions that will have A123 printing stock faster than Ben Bernanke is printing dollars for the foreseeable future. I’d love to be able to tell A123 stockholders their pain is over, but it’s not.

On May 11th, A123 announced that it had closed a $50 million offering of convertible notes and warrants. The principal was payable in 26 semi-monthly installments commencing on July 1, 2012 and could, at the company’s option, be settled with cash or with shares of A123’s common stock valued at the lesser of $1.18 per share, or 82% of the volume weighted average price, or “VWAP,” of the common stock for the five trading days immediately preceding a settlement date, but in no event greater than the VWAP of the common stock on the last trading day before the settlement date.

Since the number of shares issuable upon conversion of the notes and exercise of the warrants exceeded the limits of A123’s Certificate of Incorporation and the transaction required formal shareholder approval under Nasdaq listing rules, $30 million of the offering proceeds were deposited in a segregated bank account pending:

The necessary stockholder approvals were received on June 29, 2012 and the resale registration statement was declared effective as of 4:00 p.m. on July 5th. By the time the registration statement was declared effective, the payment terms had been modified slightly to increase the number of installments to 29 and increase the amount payable in each of the first three installments to 1-2/3 the base amount, but the other terms remained unchanged. The segregated funds were promptly released to the company.

The notes are a classic example of “death spiral financing” where payments are made with discounted shares of common stock and the number of shares required for a payment increases as the stock price declines. At an assumed stock price of $1.30 a share, A123 would be able to make a $2 million installment payment by issuing 1,876,173 new shares of common stock. At an assumed stock price of $0.65 a share, it would take 3,752,345 new shares of common stock to make the same $2 million payment. In both cases, the market value of the stock used to make the payment would be about $2.4 million, but only if the noteholder who received stock instead of cash sold quickly enough to capture the current market price.

On July 6th A123 announced that it had signed agreements to sell 7,692,308 shares of its common stock, together with warrants to purchase additional shares of common stock, for gross proceeds of $10.0 million. While the press release had the look and feel of an ordinary financing transaction, I was troubled by a sentence that said, “The number of shares of Common Stock issuable upon exercise of the warrants (which have a nominal exercise price) is based on a fixed 18% discount to the volume-weighted average price, or VWAP, of our common stock on specified trading days during two measurement periods over the next three weeks.” Since I was surprised that the offering went off without an obvious discount to the previous day’s closing price, I decided to dig a little deeper in an effort to better understand what the “real deal” was.

I found my answers in the SEC registration statement for the equity offering, which included copies of the Prospectus and the associated warrant agreement.

When I read the Prospectus I learned that the “nominal exercise price” of the warrants was $.001 and the structure included an automatic cashless exercise for the warrants. So the investors were effectively buying 7.7 million shares on day one and expecting to receive two additional tranches of “free shares” on the 12th and the 30th of July.

Using the formulas in the Prospectus and warrant agreement, I calculated that 843,628 additional shares would be issued in each tranche if the market price remained stable at $1.30 per share through the exercise dates. By the time I accounted for the warrants, it was clear the original deal would result in the issuance of 9,379,564 shares for gross proceeds of $10 million, or an effective price of $1.07 per share.

In light of A123’s recent troubles, I didn’t find a discount of 18% from the market price particularly troubling. I was, however, concerned that the terms might create an incentive for aggressive investor behavior, so I made a mental note to re-run the numbers at the end of the month to see how it all worked out.

The outcome was a textbook example of what can happen when the number of shares to be issued in the future is contingent on the future market price of the underlying stock.

During the period between the closing date and the first warrant exercise date, A123’s price fell to $0.88. So the VWAP used to calculate the number of free shares issuable to warrantholders was approximately $0.9167 instead of $1.30. When I ran that VWAP value through the calculations specified in the Prospectus and warrant agreement, I got to a net cashless issuance of 2.8 million shares, compared to the 843,628 shares that would have been issued if the price had stayed stable.

By the second warrant exercise date, A123’s price had fallen to $0.49. So the VWAP used to calculate the number of free shares issuable to warrantholders was approximately $0.5367 instead of $1.30. When I ran that VWAP value through the calculations specified in the Prospectus and Warrant Agreement, I got to a net cashless issuance of 7.5 million shares, compared to the 843,628 shares that would have been issued if the price had stayed stable.

Between the original issuance and the two warrant tranches, A123 ultimately sold 18 million shares of common stock for gross proceeds of $10 million, or an effective price of $0.56 per share. The market did not respond well to the rapid increase in the number of shares in the hands of willing sellers.

An Excel spreadsheet with the key Prospectus disclosures and important warrant agreement terms, along with market price data and detailed exercise price calculations can be downloaded from my Dropbox.

What It Means for Stockholders

My first, last and only experience with a price linked conversion formula was in the late 80s when one of my clients sold a preferred stock that was convertible into common stock for 75% of the market price on the conversion date. The investor that provided the financing proved to be far less friendly than management expected. A few months after the offering the investor grew disenchanted with the way things were going. Instead of selling its preferred stock, it began to aggressively sell common stock into the market, which drove the price down to a very distressed level. It then converted the preferred stock into common stock for 75% of a bargain basement price. By the time the smoke cleared, the investor was my client’s biggest stockholder and management was seeking new employment.

I’ve seen dozens of comparable proposals since then and my clients have wisely rejected them all.

The big problem with price linked conversion ratios is that aggressive selling behavior has no negative consequences for the investor. If aggressive selling drives the price down, the investor simply gets more shares at an even lower price. The outcomes aren’t always catastrophic for existing stockholders, but they’re invariably painful.

Over the last couple months, A123’s financing activities have created two scenarios that are likely to result in a year of market problems. While the worst may be over from the equity offering, it’s impossible to tell whether the warrantholders have already sold the 7.5 million shares that will be credited to their accounts on Monday. While the equity offering was a problem because it created two discrete opportunities for aggressive selling, the debt offering created 26 opportunities that will come along every other week for the next year.

I’m usually bullish on stocks that have been beaten down to unreasonably low levels by misfortune and unforeseen events. In A123’s case, however, the financing structures the company put in place to help it overcome its business problems have created a toxic supply overhang that virtually guarantees significant future price erosion.

Under the circumstances, I believe A123 is not a suitable investment for anybody but professionals.