Solar rebates have been making news the world over, providing home- and small business owners in Australia, America, the UK and even South Africa with an added incentive to reduce their carbon footprints and live sustainably. 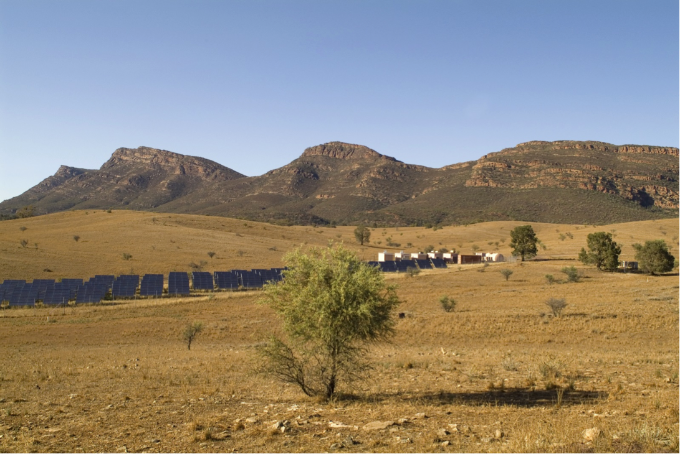 In Australia the Small-scale Renewable Energy Scheme (SRES) was put in place to encourage businesses and individuals to purchase and install air source heat pumps, solar water heaters, wind- and hydro systems and more. This forms part of Australia’s Renewable Energy Target, whereby the Australian Government has committed to delivering 20 percent of its electricity supply from renewable sources by 2020 in order to contribute to the development of climate change solutions, reduce greenhouse gas emissions and adapt to the impacts of climate change.

What started out as the‘Solar Homes and Communities Plan (a program that offered up to A$8,000 in rebates for solar installations) was phased out in 2009 in favour of the Solar Credits Program. This program is based on small-scale technology certificates (STCs were formerly known as RECs or renewable energy certificates), which are issued by the Office of the Renewable Energy Regulator based on the amount of renewable electricity an eligible system produces or displaces and may be exchanged for financial benefit for the owner of the system.

Here’s how it works: A STC has value because the federal government places a mandate on compliant parties (energy retailers and large users) to invest in renewable energy projects. These businesses can do so directly or they may choose to meet their commitment by purchasing STCs.

For all intents and purposes one STC represents the value of 1 MWh of electricity. The market price of a STC is determined by the penalty the government imposes for non-compliance and due to this tie to supply and demand, as well as the fact that these certificates are a tradable commodity, the value of an STC can fluctuate almost daily.

Zoning & How It Impacts STC Values

Zoning is a secondary factor that has an impact on the value of a STC. Australia has been divided into zones depending on the amount of renewable energy that can be generated by a solar panel in a given area. Due to geographical location certain parts of Australia get more sunshine than others. Zoning takes these differences into account, providing a larger subsidy for systems that are installed in locations where it can be expected to attain a larger energy yield over the course of its natural lifespan (set at between 15-30 years).

Businesses and individuals can determine which zone their location falls into by consulting easily accessible online zone charts. The Australian Government Clean Energy Regulator website provides a Small Generation Unit Calculator that may be used to calculate the approximate amount of STCs a small business or homeowner can expect to generate when they install a compliant solar system.

Off-grid and remote power systems can also qualify for solar power rebates, provided the system is deemed eligible, has been installed by an approved vendor and can be tied to a formal domicile. Even caravans, boats, sheds, motorhomes and RVs can be eligible if it has a permanent address (such as a caravan park site of marina berth) and is a principle place of residence.

One of the simplest ways a business or individual can get a tangible return on investment in terms of a solar power system is to assign their credits to a registered STC agent. These businesses normally get higher STC values and can offer a discount on the initial installation of the necessary equipment, thereby saving the consumer a substantial amount of money and taking care of the red tape associated with claiming the small-scale technology certificates. This is just one of the ways in which the Small-scale Renewable Energy Scheme strives to reward consumers for making sustainable lifestyle choices and helping Australia towards its renewable energy target.