Though the company is less than 10 years old, Tesla Motors has made great strides in the automotive industry. The producer and innovator of electric, sustainable vehicles is changing the way we view cars and energy sources. Not convinced of Tesla Motors’ vast potential? Take a look at these seven ways the company is already changing the auto game. 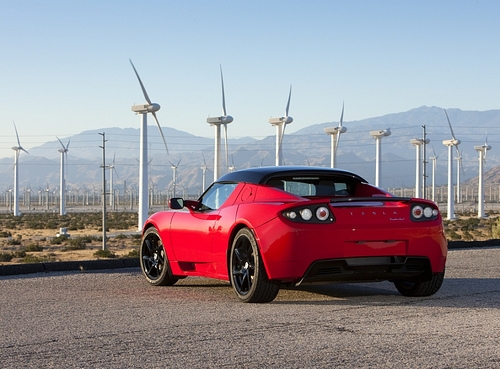 And we don’t just mean desirable to people bent on saving the planet. Tesla’s electric cars are sleek and attractive, while providing power that you’d expect from a traditional, gas-guzzling sports sedan. The Model S, for example, has been compared to the Jaguar XF and the BMW 5-series. And it’s not at all dinky. The four-door vehicle can carry five adults, as well as two children in back jumpseats. Tesla is proving that electric cars can be just as functional and handle just as well as any other car, a necessary step if electric cars are ever going to make their way into the mainstream.

2. You don’t have to wait hours to charge up 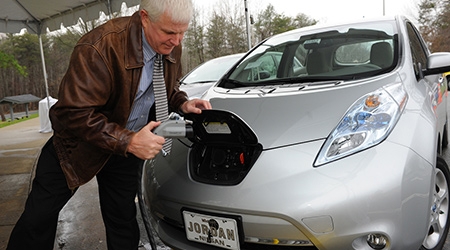 One of the major perceived drawbacks of electric cars is the fact that people feel like they’ll be out of luck with their battery runs out and they’re away from home. And while the answer isn’t available throughout the U.S. just yet, Tesla has addressed the concern with the roadside Supercharger. The free charging stations, which are currently being tested in six locations in California, can fully charge the Model S in an hour or so, and if you just plug in for a half hour, you’ll add 150 miles to your range.

3. The traditional dealership model is blown 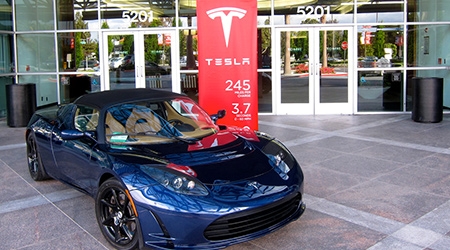 The way car dealerships have always maintained their profits is through providing repairs and services for car owners and selling parts, something that takes place at the same location as the cars are sold. Tesla Motors, though, has taken the approach of opening showrooms in malls, where customers can learn about the cars and make reservations for their very own Tesla vehicle. The service centers are located miles away. Could this be the beginning of a new era of car dealerships? 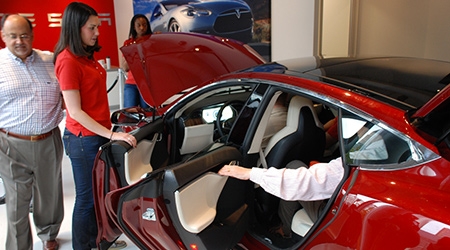 Tesla’s mall showrooms are actually getting their cars in front of a much wider audience, and while they are out of the price range of many potential customers (for now!), the power, design, and convenience of these electric vehicles aren’t lost on those who learn about them. Reviews of the Model S have been hugely positive, and many who learn about the cars in the showroom are convinced that the company is moving the industry in an awesome direction.

5. Robots are taking over manufacturing 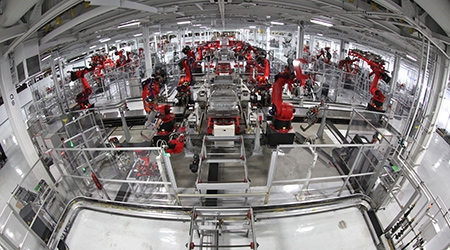 An automotive assembly line undoubtedly brings up the image of hundreds of people doing the same task by hand over and over. There’s some machinery involved, but for the most part, it’s a man-driven enterprise. That’s not the case with Tesla Motors’ factory in Fremont, Calif. Large, single-armed robots perform a variety of tasks by switching between four tools as their “hand.” This kind of system could mean greater efficiency, but raises the potential of the auto industry shuttering more jobs for robot workers.

6. The trunk doesn’t just belong in the back 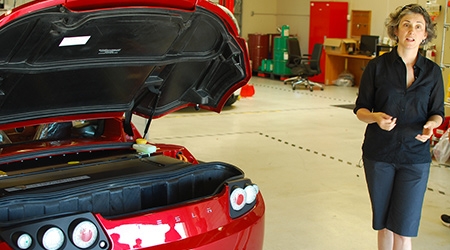 The Tesla Model S actually has a “frunk,” a front trunk. Because the car doesn’t have that huge, noisy engine hogging all the space under the hood, the hood actually covers extra storage space, making the vehicle a great option for anyone looking for a roomy sedan. This kind of innovation has to make you wonder, “What else can be done with the extra space in electric cars?”

7. New car companies have the potential to succeed

Though Tesla Motors still has plenty of trials to go through before it can be declared a total success, its brilliant innovations and quick strides are proving that forward-thinking new car companies have the potential to succeed. And that’s a big deal in an industry where a brand new car company hasn’t been started in about 100 years and the business model and design of the product hasn’t been drastically changed since before that. We’ll see what the future holds for Tesla and other start-up car companies trying to make a change.

This article was originally published on CarInsurance.org and was republished with permission.