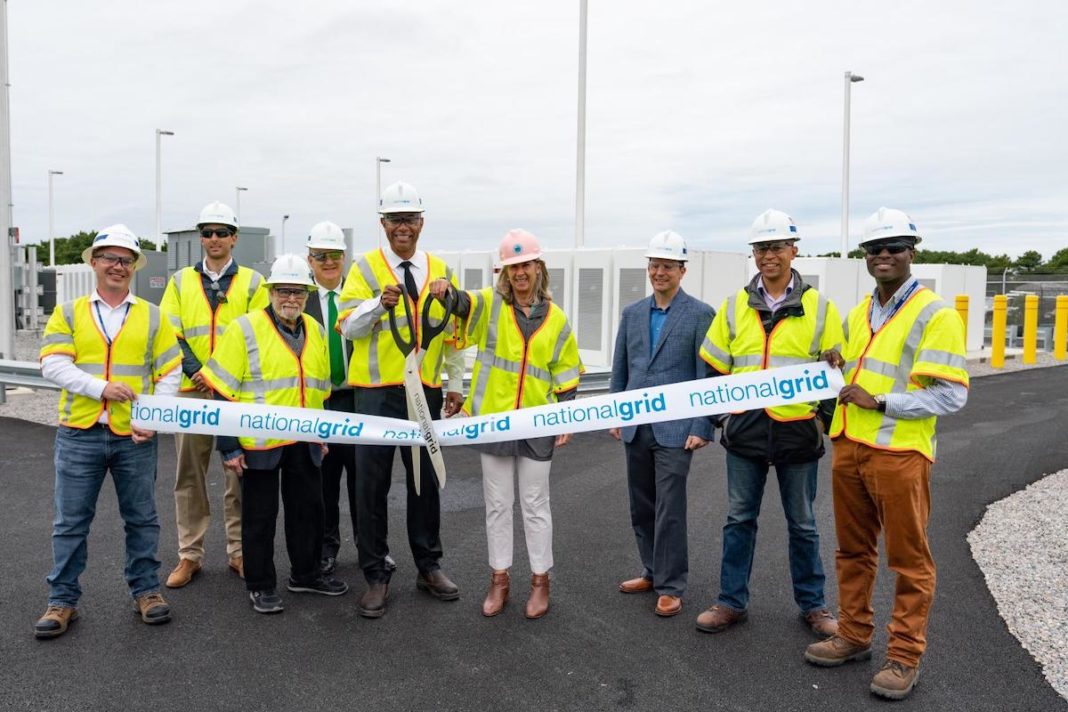 National Grid yesterday unveiled what it says is one of the largest battery energy storage resources in the Northeast United States. Built on the island of Nantucket, in Massachusetts, the 6 megawatt (MW)/48 megawatt-hour (MWh) Battery Energy Storage System (BESS) built and installed by Tesla will help ensure electric reliability for customers during peak summer months and defer the need for construction of an additional underwater supply cable to the island.

The demand for electricity on historic Nantucket – particularly during the busy summer tourist season — has grown significantly in just the last 10 years, from 37 MW in 2008 to nearly 49 MW in 2018. Nantucket has approximately 11,000 year-round residents, and the population swells to more than 50,000 during peak summer months.  The energy demand growth is projected to grow for the foreseeable future.  Nantucket receives its power from two undersea transmission supply cables roughly 30 miles in length connected to the mainland, which were installed in 1989 and 2005.

In an effort to control for a potential outage from one of the underground cables, National Grid developed an integrated plan, IslandReady, to upgrade the island’s electricity infrastructure.

“Both energy storage and a back-up generator are vital components to ensuring resilience and reliability on Nantucket during the busiest summer months,” said Rudy Wynter, President and COO of National Grid’s Wholesale Networks and US Capital Delivery group.

“Battery storage is key to unlocking the state’s and the island’s clean energy future.  We are pleased to now operate the largest battery facility in New England to ensure that Nantucket has safe, reliable power.”

The BESS, combined with the a new, upgraded 15 MW diesel generator, has the capacity to supply the island with energy during peak summer months if one of the two underwater cables currently serving Nantucket experienced an outage.  The BESS has a 48 MWh capacity, meaning it can provide 6 MW of capacity for up to eight hours.

“This is an example of cost-effective deployment of energy storage, as it will help reduce emissions and ratepayer costs, while adding resilience to the Nantucket grid,” said U.S. Rep. William Keating, D-Massachusetts. “Energy storage has the potential to be a game changer for Massachusetts and across the country, with significant ratepayer and system benefits,” he added”