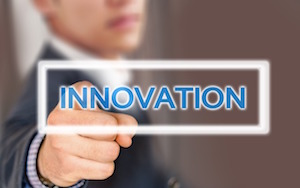 There’s no question that the solar industry has gained the solid standing it now enjoys by employing certain winning technologies, but there also is always room for improvement. We’ve seen a few intriguing innovations in solar crop up that aren’t on the commercial starting line, but that you may want to watch in 2018.

1. A Solar Window that Switches

The National Renewable Energy Laboratory (NREL) at the end of November said that its scientists have created a new window technology that transforms from clear to tinted in sunlight, and can make electricity in the process. NREL said that the windows are based on advanced materials, such as perovskites and single-walled carbon nanotubes.

NREL noted that during testing, the window’s performance declined as it cycled between tinted and not tinted states, so researchers are focusing now on improving that performance.

While NREL’s switching solar window has a way to go before commercialization, another solar window company is gaining ground on that front. The U.S. Department of Energy awarded Next Energy Technologies Inc. $2.5 million in July to move its PV-based window technology to pilot manufacturing. The windows absorb light in the infrared/UV spectrum and allow light to pass through them.

2. A Twist on Solar+Storage

Researchers in Australia have discovered a way to use gold to store the energy of sunlight in a fuel.

They used metallic-gold particles to convert solar energy to methane and methanol. The researchers have not identified a way to produce the fuel at scale, but they are working on it. According to the research team, the idea of chemical energy storage is not new, but their work has a unique focus on nano-clusters that they say is more efficient than other technologies, and may be the key to helping bring production to large scale.

A British company made headlines this year when it claimed it would be ready to release a spray-on solar product in 2018. The idea is to mix perovskites with a liquid solution that can be sprayed, and that would rival silicon products in efficiency. While there are questions about the product’s long-term stability, some say the opportunities to make walls or cars into power generators is huge.

The Wonder Material That May Make Spray-On Solar PV Reality

Will We Soon Be Able to Spray On Solar PV?

A team at Stanford University, however, believes it has found a solution to the problem. The team released its findings this year for a promising compound solar cell that has a honeycomb structure to strengthen the perovskite cells. They say that the new structure would allow perovskites to endure manufacturing and long-term use in the real world.

5. Ganging Up for CSP

Concentrating solar power (CSP) technology has advanced enough to bring several large plants to commercial service, and their stature is impressive — thousands of heliostats laid out across the land to capture the sun’s rays and reflect them to a central tower. Each heliostat usually stands on its own with two mirrors and a motor to help track to the sun, but a new company is looking at an alternative to combining those heliostats and save money.

They’ve called the approach “ganged” heliostats, a format that allows more mirrors to share motors and stands. This approach, according to the company, could cut the cost of installing CSP systems in half.

Collaboration with the U.S. Department of Energy helped prove the ganged concept, and now the company must find a path to market adoption.