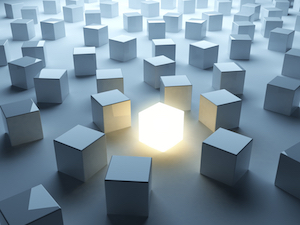 Current research is providing groundbreaking innovations that could help renewable energy-based microgrids become “the energy supply of the future,” according to a new report from the International Renewable Energy Agency (IRENA).

The innovations outlined by IRENA in its new report span the range of microgrid functionalities, including control/management/measurement systems; planning and design; energy storage; and power conversion.

Here are five innovations that IRENA said can support those functionalities.

Providing accurate load data can help with renewable microgrid design efficiency. The report said that predicting load data for projects is a challenge, especially given the limited amount of publicly available data on load usage.

As the center of smart grids, information technology will help the microgrid market by allowing intelligent decisions. According to the report, real-time decision making can be supported by the development of control algorithms that balance economically-based decisions with renewables usage.

As one of the key components to renewable microgrids, storage technologies need to continue to come down in cost for affordable deployments worldwide. Innovations in manufacturing are one way to help bring down those costs. The report said potential advancements include, among other things, elimination of N-methylpyrrolidone and reduction of the electrolyte wetting and solid electrolyte interface layer formation.

New features for battery inverters will improve their performance and allow smoother interaction with other components. The report said that updates, such as droop control, in the capability of dual-mode inverters will help them shift easily from grid to island mode in black start and seamless forms.

New battery technologies that have higher power outputs and inputs for long time periods can allow renewables to better provide support for power demands that are high for short periods. The report said that one approach for providing that type of robust service is to include graphene in supercapacitors’ electrodes, which will result in power capability that is 10 to 100 times higher than current batteries.