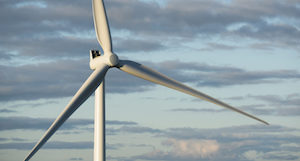 A year on from a storm that blacked out the entire state, South Australia has emerged from the electricity crisis to strengthen its position as a global leader in renewable energy.

South Australia was plunged into darkness when a once-in-50-year storm ripped through the state on September 28, 2016, knocking down more than 20 electricity pylons and three major transmission lines. The cascading chain of events led to a state-wide blackout when the interconnector linking South Australia and Victoria overloaded.

Several federal ministers, including Australian Prime Minister Malcolm Turnbull, seized on the opportunity to criticize South Australia’s reliance on renewable energy, which at the time provided about 40 percent of the state’s total electricity.

One year later, South Australia has defied its critics and is ahead of schedule to reach its 50 percent renewable energy target by 2025. It has also taken steps to stabilize the peaks and troughs of renewable sources that can contribute to supply problems.

According to the latest forecast from the Australian Energy Market Operator (AEMO), the state is powered by about 48 percent renewables and is the second leading wind-powered region in the world behind Denmark.

A series of large-scale renewable project announcements by local and international investors since the storm has helped grow confidence in the sector.

This was confirmed this month when AEMO released its statement of opportunities report, which found that the South Australian Energy Plan would help alleviate risks to consumer supply in the state by acting to provide additional supplies to consumers at times of identified Unserved Energy (USE) risks.

“The Energy Plan is the practical response, where the Government came out and made some very significant changes to take back control of the energy system,” Duffy said.

“The minister has submitted rule changes looking to develop new markets and new processes to manage inertia and frequency control.”

“After the blackout, Weatherill didn’t walk away from the problem, he just said, ‘well these are things that have to be fixed in the absence of any national leadership’,” Price said.

“The development and implementation of the South Australian Energy Plan is almost unprecedented in Australia in terms of recognizing a problem and developing a coherent response and then executing it in a short period of time.”

Associate Professor Mark Diesendorf from the University of New South Wales said the state-wide blackout was a catalyst for change in South Australia’s renewable sector.

“The blackout was both negative and positive. It was a nasty shock to some businesses and households at the time but it has also galvanized action in the renewables sector in the state,” he said.

“It has shown very clearly that you can’t leave strategic electricity planning to the market alone — you have to have some strategy guided by the government. I think South Australia is doing that now.”

Already $20 million from the fund has been pledged towards building the world’s largest lithium-ion battery at the Hornsdale wind farm in South Australia’s Mid North, which is owned by French renewable company Neoen.

The 100MW/129MWh battery will be built by U.S. tech giant Tesla and will be available to provide emergency back-up power if a short in energy is predicted.

“There’s a recognition in South Australia that the growth in variable renewables like wind and PV solar has to be balanced to some degree by storage and dispatchable renewables,” he said.

“One can’t run a large electricity system just on variable renewables, the system needs some storage and some backup plants and what we’re seeing in South Australia, which I find very exciting, is the first batteries are going in.”

The plant will incorporate eight hours of storage or 1,100MWh, allowing it to operate like a conventional coal or gas power station.

Adelaide-based company 1414 Degrees said it could help cut South Australia’s power bills by 30 percent with its cutting-edge silicon storage power plant, which stores renewable energy at extreme heat and releases it when needed.

Commercial-scale rooftop solar systems are also being installed at an unprecedented rate in South Australia as companies across all industries attempt to find less expensive and more reliable ways to power their businesses.

The AEMO report found that the continued growth in rooftop PV in South Australia, increased energy efficiency and the closure of the automotive industry would lead to an overall 3.6 percent decline in consumption from the grid in the state over the next decade.

The state’s position on the western edge of Australia’s national electricity grid has placed it at the mercy of the eastern states during times of peak demand for many years.

However, the closure of the coal-fired Hazelwood plant in Victoria at the end of March and the recent announcement the Liddell Power Station in New South Wales will close in 2022 has spread shortfall concerns across the entire national grid.

Assoc Prof Diesendorf said the recent renewable energy investments in South Australia had made the state a big influencer in energy policy.

“South Australia is certainly influencing Victoria, which has now set its own substantial renewable energy target and is encouraging more solar and wind farms,” he said.

“It’s also an international beacon because it’s up there, as a large grid with about 50 percent renewable electricity, alongside Denmark.”

“If the stars align, I see no problem long term in South Australia going to 100 percent renewable electricity as early at 2035 provided it has a clear strategy to do that reliably.”

Duffy said the South Australian government was now looking to the federal government to implement a national clean energy strategy.

“I think the blackout highlighted the issue as part of a national agenda rather than just being something South Australia needs to be aware of,” he said.

“We’re looking for a long-term Commonwealth response to have a clean energy target, so that we can have a long-term investment framework that helps the transition to meet Australia’s Paris climate agreement commitments.”

Since the 2016 AEMO report, no new generation withdrawals have been announced in South Australia and 220 MW of new solar generation and 109 MW of new wind generation has met AEMO’s commitment criteria, totalling 329 MW of new committed generation.

Additionally, the capacity of all renewable projects proposed in South Australia currently totals about 4,500 MW.