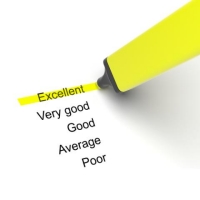 New electricity in the U.S. has more renewables — and in fact, was the first time in history renewable sources created more NEW electricity than any other resource. According to famed energy analyst Ken Bossong from SUNDAY, “For the first ten months of 2013, compared to the same period in 2012, new capacity from all sources has declined by 27.5 percent (from 17,008 MW to 12,327 MW).

Biodiesel is growing significantly. On Oct 28, 2013, new EPA statistics show again that the biodiesel industry has cracked the 1 billion gallon mark for the third consecutive year.

Solar installations are surging in the USA. Think progress recently reported on the US solar industry’s growth, “2013 is likely to be the first time in more than 15 years that the U.S. installs more solar capacity than world leader Germany,” according to GTM Research and the Solar Energy Industries Association. By the end of the year, more than 400,000 solar projects will be operating across the U.S. and installations will have grown 27 percent over 2012, with a 52 percent growth rate in the residential sector alone, according to GTM’s forecast.”

Concentrated solar is on the path to over 1.3 GW of new U.S. generation with Ivanpah and Solana now on-line and two more bring built in 2013. The Solana 280 MW solar generating plant near Gila Bend, Arizona, about 70 miles southwest of Phoenix, was completed in Fall of 2013. And the 377 megawatt net solar Ivanpah  power tower is now on-line 50 miles from Needles, CA in the Mohave desert. Both solar generation plants have 11 hours of storage for evening generation.

Brazil, Germany, Japan, and China distinguish themselves, and including the United States account for most of the world’s use of renewable energy.

Geothermal also heating up. As of August 2013, 11,765 megawatts of (gross) geothermal power are operating globally in addition to several hundred MW in the final stages of construction. By the end of 2013 the global geothermal market is expected to reach 12,000 MW of geothermal capacity. GEA says currently there is 11,766 MW planned capacity additions of geothermal power in the early stages of development or under construction in 70 countries and territories around the world. Additionally, developers are actively engaged with 27 gigawatts of geothermal resource globally. Projects in the 2013 pipeline for  global capacity could approach 14,000 MW, adding several thousand megawatts, by the end of the decade with several hundred MW of new geothermal power becoming operational per year. In 2013. some of the first demonstration enhanced geothermal system (EGS) projects provided electricity to grids in Australia and the United States.

Even in the face of attacks on the Renewable Fuel Standard, cellulosic ethanol plants are coming online. Right now in Emmetsburg, Iowa the nation’s largest maker of ethanol, Poet, is putting the final touches on a manufacturing plant that will rely not on corn, but on the stalks and cobs left behind. Poet and its joint venture partner, the Dutch industrial giant and enzyme maker DSM, expect to begin production of ethanol at the Emmetsburg plant in early 2014, at a rate of  about 20 million gallons a year.

Even in the face of attacks by Koch brothers-financed ALEC, fighting to undercut State Renewable Energy Portfolio Standards (RPS), no state has actually watered down its RPS. The ALEC agenda was pushed in five States this year to weaken or remove state RPS’s, with losses in all five including most notably Kansas, North Carolina, and Arizona. The fossil industry and some larger electric utility players are underwriting the effort including a well-financed disinformation campaign. So far, no one is being fooled and shows again the old maxim, “money can’t always buy love.”

Georgia, home of Southern Company one of the more negative renewable energy electric utility companies, had its all-Republican public utility commission vote for a 500-MW solar generation goal spearheaded not only by the usual solar industry and environmental groups but by the state’s Tea Party.

California leads the states notably for “on bill” financing energy efficiency and renewable energy, and in September becoming the first state to mandate electricity storage on the grid. Not to be seen as weak-kneed, the state PUC set a 1.3-GW mandate for energy storage on the grid by 2020. Battery technologies are in an upswing, as is pumped hydropower, and compressed storage.

National, regional and state polls are moving “our” way again. During and after the global economic meltdown, national and regional polls addressing climate change and renewable energy began sinking — because people, understandably, were nervous about economic survival. Now that the economic collapse has eased and the global economy has stabilized, attitudes are changing. Renewable energy has always had a strong reservoir of public support , and numbers are up again regarding public perceptions on global warming.

In Februay 2013, researchers at Duke University’s Sanford School of Public Policy and Nicholas Institute for Environmental Policy Solutions conducted a national survey on climate change. “Whether in response to extreme weather events like mega-storm Sandy or the improved economy, public opinion has clearly rebounded from its low point of a couple years ago,” said Frederick Mayer, associate professor of public policy and political science and poll conductor.

Other key findings of the poll include: The percentage of Americans who agree there is solid evidence of a changing climate has steadily increased since 2010. The Duke poll found 50 percent of Americans are convinced the climate is changing and another 34 percent say it is probably changing; this is an increase from other recent polls. 54 percent feel climate change is primarily the result of human activity (the highest level in the past couple of years).

In December 2013, Forbes reported on a recent poll. This new analysis of 21 scientific surveys reflecting public opinions in 46 states showed that large majorities of Americans now believe that global warming is a manmade problem and that the government should reign in greenhouse gas emissions — especially at power plants. The surveys showed that “majorities in every state surveyed said the government should limit greenhouse gas emissions” and “in particular, by power plants.” This includes eastern coal states like Pennsylvania, Ohio, Indiana, Illinois, and Michigan. The story is the same in states like Texas, Mississippi, Alabama, and South Carolina.

The International Energy Agency (IEA) recently concluded, “Renewable energy sources could account for nearly half of the increase in global power generation through 2035,” according to its 2013 edition of the World Energy Outlook. “Wind energy and solar energy could make up 45 percent of that expansion in renewables,” the report said.

So while Congress sustains is dysfunctionality, ocean acidification and sea level rise increased, global temperatures and megastorms surpassed earlier records, water pollution and waste primarily due to energy extraction, conversion and waste is at an all time high — don’t be too depressed.

Sure we have challenges as a planet — but our clean energy industries are also making progress. So don’t despair; drink plenty of egg nog (responsibly) this holiday season.