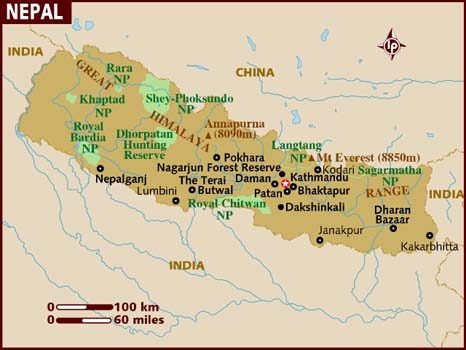 A consortium of banks has agreed to finance about Rs 1.60 billion (US$23.7 million) for the 10-MW Langtang Khola hydropower project on the Langtang River located in the Rasuwa district in the Himalaya region of Nepal.

The project’s total cost is estimated to cost about Rs 2.17 billion ($32.16 million), and Multi Energy Private Ltd. is developing the project.

In 2014, Nepal Electricity Authority (NEA) cancelled the power purchase agreements of nine hydro projects including Langtang, saying they did not submit progress reports and did not begin the construction process.

But, in September 2015, NEA’s Department of Electricity Development issued a license for the project, which is valid until 2051, according to NEA.

Also in the Rasuwa district, Nepal Water and Energy Development Company Private Ltd. (NWEDCPL) is developing the 216-MW Upper Trishuli 1 run-of-river hydroelectric project on the Trishuli River. It is expected to be completed in early 2019 and annually generate about 1,456 GWh to supply the national grid, according to NWEDCPL.

Hydropower is major source of electricity in Nepal and according to the company, Nepal has a theoretical generating potential of producing 83 GW of hydropower.