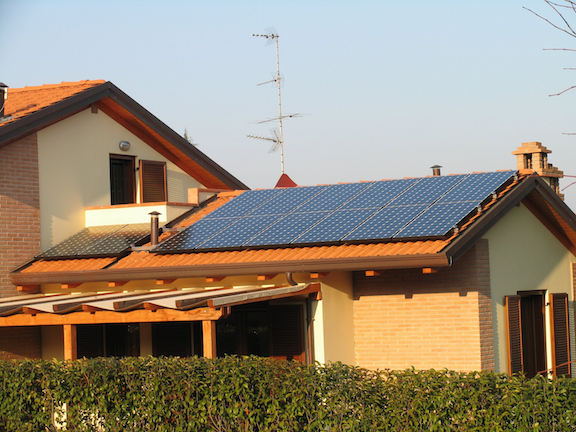 It’s time to look back at which articles on RenewableEnergyWorld.com captured the most attention from readers in 2015. Take a look at visual stories that explored how we feel about climate change and show what it’s like to be a wind farm operator. Review the top energy stocks and which alternative energy mutual funds are focused on renewables. And examine the policy issues that kept the solar industry on its toes all year.

Peruse the headlines here, and click the ‘full article’ link to get the whole story. Have something to say about a story? Leave a comment below or tweet your thoughts to @REWorld.

A Closer Look at Fossil and Renewable Energy Subsidies

A new study by the International Monetary Fund puts the total cost of fossil fuel subsidies at approximately $10 million a minute globally, when health costs and environmental degradation are included, never mind the effects of a destabilized climate in future centuries.

The most perverse of these subsidies are aimed at finding new reserves of oil, gas and coal, even though it is generally understood that these must be left in the ground if we are to avoid catastrophic irreversible climate change.

Find out which mutual funds have the highest concentration of alternative energy investments in this article from Harris Roen of the Roen Financial Report.

Ilias Tsagas’ report on solar policy in Spain highlights the struggle the rooftop solar industry is experiencing as it tries to demonstrate its value for the power grid.

Until recently, Spain had a very general self-consumption policy framework that applied to both grid-connected and off-grid systems. This month though, Spain’s Council of Ministers approved a new self-consumption law that has set the country’s solar advocates up in arms with the government.

The main problem with the new law, say solar advocates, is that it taxes self-consumption PV installations even for the electricity they produce for their own use and don’t feed into the grid. Spain’s PV sector calls the new law a ‘sun tax.’

Pamela Cargill’s look at the solar ITC early in 2015 embodies the solar industry’s concerns about the possible loss of this important tax credit before Congress voted to extend it in mid-December.

Will Solar Plunge Off the Tax Credit Cliff?

The Federal Investment Tax Credit (ITC) is set to expire at the end of 2016 — and if it does, residential solar may be in trouble. “The ITC is the swing factor for homeowners — the plunge from 30 percent to zero will dramatically slow down sales for customer-owned systems,” opined Barry Cinnamon, CEO of Cinnamon Solar.

On top of this, many local solar rebates are declining or sunsetting altogether, leaving the ITC as one of the last remaining solar incentives. Net energy metering (NEM) — another kind of incentive — is also under fire in many utility jurisdictions as witnessed in a number of high-profile battles since 2011. (See Vote Solar’s website Our Solar Rights for more on NEM battles nationwide.)

Photoessay: A Day in the Life of a Wind Farm Operator

Have you ever wondered what it takes to run a wind farm? You’ve seen all the amazing photos taken from the tops of turbines, but do you know what the technician is actually doing up there?

A photographer followed around the crew at the Bull Hill Wind farm in Maine. Here’s a glimpse into their daily lives on the job.

This overview of the oil market compared to renewables puts the low price of oil into perspective.

Oil prices have fallen by more than half since July. Just five years ago, such a plunge in fossil fuels would have put the renewable-energy industry on bankruptcy watch. Today: Meh.

Here are seven reasons why humanity’s transition to cleaner energy won’t be sidetracked by cheap oil.

1. The Sun Doesn’t Compete With Oil

Oil is for cars; renewables are for electricity. The two don’t really compete. Oil is just too expensive to power the grid, even with prices well below $50 a barrel.

Instead, solar competes with coal, natural gas, hydro, and nuclear power. Solar, the newest to the mix, makes up less than 1 percent of the electricity market today but will be the world’s biggest single source by 2050, according to the International Energy Agency. Demand is so strong that the biggest limit to installations this year may be the availability of panels.

In this review of a renewable energy/physics course, Ann Kenda shares what it’s like to learn about Professor Arango’s sustainable energy home project.

Assistant Professor of Physics Alexi Arango has been telling students in his Renewable Energy class for years about a little house in Maine that’s so energy efficient that it heats itself without a furnace.

“I love the reaction,” he said of students in the physics and environmental studies course, which is open to all majors. “There’s disbelief, and the concept almost seems magical. Then you go through it and talk about the physics, and it’s really not some wild idea.”

In July, Tom Konrad gave an estimated range within which he expected ten stocks to finish in 2015.

The first half of 2015 saw a mild advance in the broad market, but concerns about rising interest rates and the ongoing Greek debt drama sent income stocks, clean energy, and most non-US currencies down decisively. My Ten Clean Energy Stocks for 2015 model portfolio has heavy exposure to not only clean energy, but income stocks (6 out of 10) and foreign stocks (4 out of 10.)  Despite this the stormy market for all three, the portfolio delivered admirably.

At the standing-room-only opening keynote at Intersolar 2015, all the talk was on the future of solar and how energy storage was helping to pave the way for greater adoption of it. Dr. Eicke R. Weber, the director of the Fraunhofer Institute for Solar Energy Systems (ISE) opened the show outlining the great progress that solar has made in the past two years by stabilizing supply and demand. “Therefore in 2016, 17, 18 you will see production capacity and the market catch up, which means we should not expect further falling prices for PV modules,” he said, adding “You can expect stable prices and maybe even some modest increases.”

In a review of seven maps, this most-read article in 2015 looks at how estimates of U.S. public opinion change in response to various climate-related questions.

What Americans Think About Climate Change in Seven Maps

Researchers at Yale have unveiled a new interactive map that estimates public opinion on global warming right down to the county level.

As a nation, 63 percent of Americans believe that the globe is warming. (Note: It is.) But that single statistic reveals little about what people in different states, local communities, and congressional districts think. The research, which was published today in the journal Nature Climate Change, makes estimates for those geographies and asks: