More
Home Solar Yingli May Return to Profitability in Second Half, CFO Says 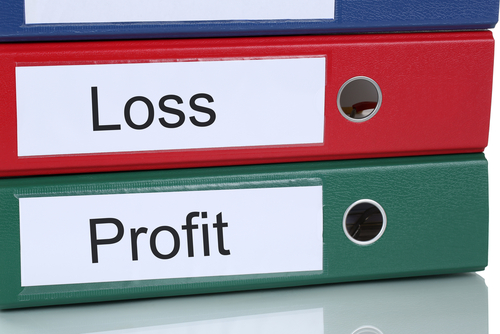 “We expect that through the second half of this year, the company’s profitability should be increased significantly and close to break-even or slightly profit level,” CFO Yiyu Wang said on a conference call with analysts Friday. The American depositary receipts, each worth one ordinary share, surged the most in two years.

Yingli’s first-quarter net loss widened to $58.6 million from $55 million a year earlier, the Baoding, China-based company said in a statement Friday. That led to a loss of 32 cents an American depositary receipt. Excluding some items, Yingli lost 31 cents an ADR, more than the 23-cent loss analysts were expecting, according to four estimates compiled by Bloomberg.

Yingli hasn’t reported a profit since the second quarter of 2011, when the entire solar industry was entering a slump brought on by a global oversupply that dragged down prices. While many of its competitors began returning to profitability by late 2013, Yingli continued to offer low prices. That boosted shipments and made it the top panel supplier in 2013, at the expense of earnings.

Wang also addressed concerns about the company’s debt load of more than $2 billion.

“We are exploring various financial options to support our required debt repayments, including sales of our downstream projects,” Wang said on the call. “We believe we will meet our payment obligations.”

Yingli raised questions about its “ability to meet our payment obligations” in a May 15 Securities and Exchange Commission filing, and said there was “substantial doubt” about its ability to remain in business. Yingli said it had about $2.1 billion in debt at the end of 2014.

“At some point they will have to have a longer-term plan — that would be the key — and you want to do it before you start losing employees or you start losing customers,” said Mahesh Sanganeria, an analyst at RBC Capital Markets in San Francisco. “How do you create value when you’re earning and paying off just the interest and there’s no effective earnings? How do you get out of that hole?”

The company shipped 754.2 megawatts of panels in the first quarter, compared with 630.8 megawatts a year earlier. Sales rose to $468.7 million from $432 million. Yingli last year ceded its crown as the world’s largest panel maker by shipping 3.36 gigawatts of panels compared with 3.66 gigawatts by Trina Solar Ltd. Trina has been profitable since the third quarter of 2013.

Yingli is seeking outside investors. The Chinese state- owned solar company United Photovoltaics Group Ltd. said May 21 that it may provide financial assistance to Yingli.

“They have not announced a refinancing,” Chase said by e- mail from Zurich. “I assume the doubts are still there.”