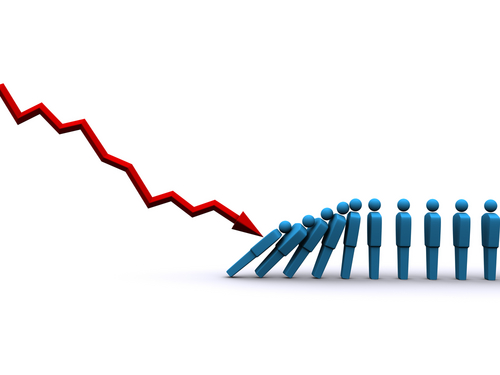 Yingli Green Energy Holding Co., the second-largest panel maker said it’s confident it can keep making repayments on its debt and that it is taking steps to mitigate risks to its business. It blamed media reports for taking “out of context” remarks about its financial health from a statement it published on Friday.

The comments from Yingli help draw a distinction between it and Hanergy Thin Film Power Group Ltd. as shares of both of the solar manufacturer plunged on Wednesday. While questions remain about whether Hanergy’s panels will gain traction in the market, Yingli is optimistic that its sales will allow it to keep servicing liabilities.

“We believe that we will meet our repayment obligations based on the substantial progress we have achieved to date to secure funds to repay these notes on schedule,” Yingli Chairman Liansheng Miao said in the statement.

Yingli said has repaid 1.2 billion yuan ($160 million) on notes due earlier this month and is confident about being able to make a 1 billion-yuan repayment due on Oct. 13. The chairman along with Chief Financial Officer Dengyuan Song will hold a call with investors at 8:15 a.m. New York time on Wednesday.

Yingli, which was the world’s biggest solar panel maker until last year, fell the most on record on Tuesday in New York, plunging as much as 37 percent after a 12 percent decline the day before. On Tuesday, the company it may bring in strategic investors and issue shares to ease its difficulties, adding that its debts may “adversely” affect its business.

While most of the solar industry is recovering from a plunge in prices that squeezed margins, Yingli is struggling from a strategy that emphasized market share growth over profitability. The company expanded in the past few years to eclipse Suntech Power Holdings Co. and Q-Cells SE as the biggest solar panel supplier then lost its position to Trina Solar Ltd. at the end of last year.

Hanergy works in a different segment of the solar business from the rest of the main suppliers, focusing on thin-film panels that are lighter and traditionally more expensive. Its main competitor is First Solar Inc. of Arizona.

For months, Hanergy investors have focused on questions about the popularity of Hanergy’s technology in the market and its accounting practices that mean most of its sales are booked with its closely-held parent company. Its share plunge on Wednesday in Hong Kong followed an annual shareholder meeting that the chairman and founder Li Hejun didn’t attend.

Solar panel prices have declined more than 67 percent since 2010. That bankrupted more than 30 companies including the main subsidiary of Suntech and Q-Cells.

While Yingli’s growth made it popular with project developers, it had “obvious consequences” on the balance sheet, said Jenny Chase, lead solar analyst for Bloomberg New Energy Finance.

Short-term borrowings of about $1.6 billion were on Yingli’s books at the end of last year, and long-term debt stood at $460 million, according to Friday’s filing. It hasn’t reported a profit since the second quarter of 2011.