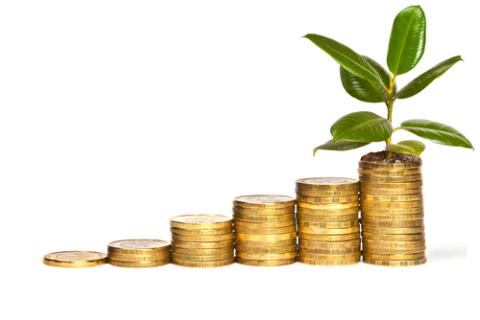 The Chinese company “will see a gradual rise each quarter” after reporting a “small loss” or breaking even in the first three months of the year, Chief Financial Officer Wang Yiyu said today by telephone.

The forecast indicates increasing optimism that solar-panel makers are recovering from a plunge in prices caused by surplus manufacturing capacity. Trina Solar Ltd. and JinkoSolar Holding Co. already have returned to profit. Canadian Solar Inc., the best-performing stock among peers in the past year, posted its first quarterly net income in more than two years in November.

Yingli has surged more than 40 percent this year after agreeing to form a venture with China’s Datong Coal Mine Group to develop solar plants in Shanxi province.

The partners plan to build 100 megawatts of solar farms this year, according to Wang, who said such tie-ups are a low- cost way to increase sales for manufacturers. Yingli also said today it agreed to a venture with China National Nuclear Corp. to develop 500 megawatts of distributed-generation projects, or small-scale power production near the point of use.

Rising demand for solar panels, along with improvements in research and development and tighter cost control, are responsible for the rebound at Baoding-based Yingli, Wang said.

Global solar-power installations may rise to 50 gigawatts this year from 40 gigawatts in 2013, led by sales in Japan, China and Southeast Asia, according to the CFO. Markets in South America, the U.S. and Africa also are picking up.

China may install 14 gigawatts of panels in 2014, making it Yingli’s biggest market and surpassing Europe for the first time, Wang said.

Yingli, which last reported a quarterly profit in the three months through June 2011, expects margins to “recover to the levels of traditional or large-scale manufacturing industries,” he said. That means a gross margin of about 16 percent and a net income margin of 3 percent to 5 percent.

The gross margin was 13.7 percent in the third quarter of 2013 and the net margin was minus 6.5 percent, according to data compiled by Bloomberg. Trina Solar, JinkoSolar and Canadian Solar all had wider gross margins than Yingli in the period.

Wang expects China to account for about 30 percent of Yingli’s panel shipments in 2014. While panel prices may rise, the advance won’t be “significant,” he said.