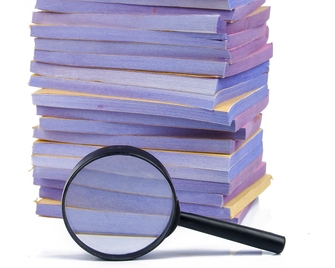 The Geneva-based trade arbiter agreed today to set up a panel of judges to investigate China’s allegation that the U.S. acted “inconsistently with WTO rules and rulings in many aspects” during probes to determine whether Chinese companies received illegal government aid.

The two governments have stepped up WTO complaints and rhetoric over access to the others’ markets this year as the global economic crisis crimps trade. The Obama administration says China keeps its currency undervalued and engages in unfair tactics that have led to chronic U.S. trade deficits and the loss of millions of American jobs.

Cracking down on China has emerged as a key campaign issue in the U.S. presidential race, with Republican candidate Mitt Romney blaming President Barack Obama for the loss of U.S manufacturing jobs and criticizing him for not declaring China a currency manipulator. Obama has said his administration has lodged trade complaints against China at almost twice the rate of his Republican predecessor, George W. Bush.

China lodged its complaint on May 25, just eight days after the U.S. Commerce Department imposed duties of as much as 250 percent on Chinese solar imports, siding with companies including SolarWorld AG (SWV) that said the goods were sold below the cost of production, a practice known as dumping.

The European Union has also threatened to impose duties on solar panels from China by starting an inquiry into whether Chinese manufacturers of the products are dumping them in the EU. The probe covers 21 billion euros ($26 billion) of imports of crystalline silicon photovoltaic modules or panels and cells and wafers used in them.

China’s complaint against the U.S. followed its March 2011 victory against American anti-dumping and anti-subsidy levies on imports of Chinese steel pipes, pneumatic off-road tires and woven sacks. WTO appeals judges ruled then that the Commerce Department wrongly labeled state-owned suppliers of goods to the Chinese producers hit by the duties as public bodies.

In the May 25 case, China says the Commerce Department made the same error by designating as public bodies the state-owned companies that supplied products to the manufacturers of the 22 imports targeted by the U.S. tariffs. These imports also include steel grating and steel pipe, citric acid, kitchen shelving and lawn groomers.

China’s complaint was its seventh against the U.S., which has lodged 15 cases against the Asian nation — more than half the number of all WTO challenges against the Chinese government. The most recent U.S. complaint was lodged on Sept. 17, when the Obama administration accused China of illegally subsidizing exports of cars and car parts.

The WTO also agreed to a request by Ukraine for judges to investigate Australian rules on plain packaging of tobacco products. In its panel request, Ukraine said the measures “erode the protection of intellectual-property rights” and “impose severe restrictions on the use of validly registered trademarks.”

The trade arbiter rejected a U.S. request for judges to probe China’s anti-dumping and countervailing duties on American automobiles. China won’t be able to block a second request, which the U.S. can make at the WTO’s next Dispute Settlement Body meeting.