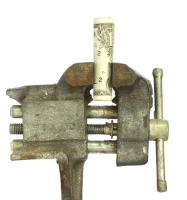 After declining in the first quarter to its lowest level since the start of the data program, second quarter worldwide completed orders actually increased slightly, up two percent quarter-on-quarter. However, the reported billings of $706 million were only 35 percent of the billings reported in the same quarter a year ago.

Excluding a one-time large order reported in the previous quarter, worldwide bookings declined again, this time 20 percent for the quarter to $235 million, reaching their lowest level since the first quarter of 2010. At 0.33, the book-to-bill ratio stayed below parity for the fifth consecutive quarter.

“It’s still bad news, the 7th inning of the downturn,” says Aaron Chew, senior alternative energy / solar power analyst at Maxim Group LLC in New York.  He agreed with SEMI’s conclusion that the extremely challenging environment for PV equipment suppliers worldwide is likely to persist due to low booking activities from PV manufacturers, coupled with no near-term signs of recovery. “I see no turnaround in demand for equipment guys for the rest of the year, at least until mid-2013,” he said.

Further depressing the outlook for PV equipment manufacturers, he said, is the emergence of a big secondary market for equipment.  “All of the companies that failed are being shut down and liquidated. About 40 cell and wafer companies shut down in China. Their equipment is getting auctioned off at 50 cents on the dollar, so guys like Yingli can ramp up for half the cost.  The bad news for equipment guys temporarily is that they have to compete with that,” Chew said.

With huge overcapacity since March 2011, PV prices have dropped approximately 65% in the last year, reducing manufacturers’ margins.  But the dour pricing situation could quite likely become the market’s salvation, Chew said. “It’s a bad time in solar because no one is making any money, but the flip side is that it makes solar more and more competitive with fossil fuels, and demand is fine,” he said. “We never thought about solar in markets that are now becoming mainstream, like Chile, Japan, and China. Germany and Italy will feel the pain in shifting from subsidized to unsubsidized markets, but the slack will be picked up by China, Japan and even the US.”

As a result, he expects the global solar industry to supply approximately 30 GW of demand this year, 50 GW in 2 to 3 years and 100 GW by the end of the decade. Responding to such increases in demand will require new manufacturing equipment.

“It sounds crazy today because there is such overcapacity weighing on solar, but by mid-2013, a new investment cycle may be starting. I think people may be surprised by the end of next year when we could be at 40GW of demand, and people will need to reinvest in equipment,” Chew said.

SEMI’s worldwide PV equipment billings and bookings data is gathered jointly with the German Engineering Federation (VDMA) from about 50 global equipment companies that provide primary data on a quarterly basis.