A three-day workshop in solar-powered wireless Internet connectivity was held at the University of Guam from July 31 to August 2, 2012, establishing one of Micronesia’s first solar-powered long-distance point-to-point WiFi connections on the university’s campus. The workshop was part of the Pacific Island Schools Connectivity, Education, and Solar (PISCES) Project, a multi-partnered endeavor focused on training and local capacity building vis-à-vis solar-powered information and communications technology (ICT) within the Pacific region. The solar WiFi system was installed by students attending the week’s connectivity workshop, and is hoped to serve as a demonstration for future solar-powered WiFi long distance links and hotspots across campus as well as across the Pacific. 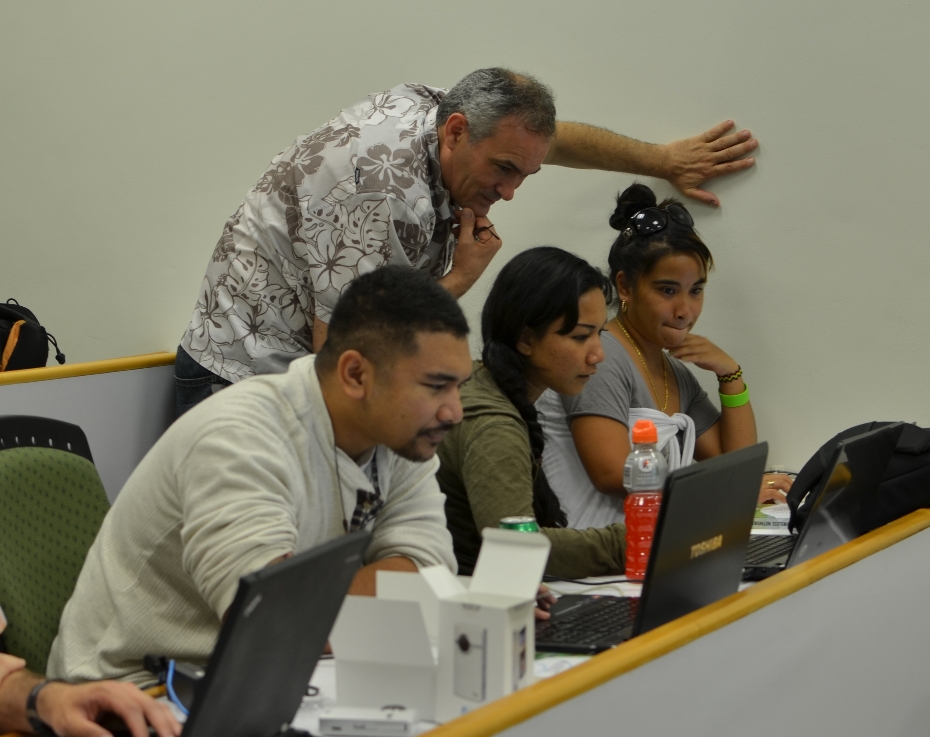 The workshop provided plenty of opportunities for hands-on experiences, with each afternoon’s activity consisting of a one-to-three hour lab in which students actualized the practical information from the morning’s lecture. Global experts in the field, including Ermanno Pietrosemoli and Marco Zennaro, both from the International Centre for Theoretical Physics in Trieste, Italy, as well as Bruce Baikie of Green WiFi and Inveneo, led the lectures and labs throughout the week. Representing industry and academia, the instructors provided a thorough presentation of both introductory and in-depth material, ensuring that even the students who were not experts in such technology would benefit from the training. 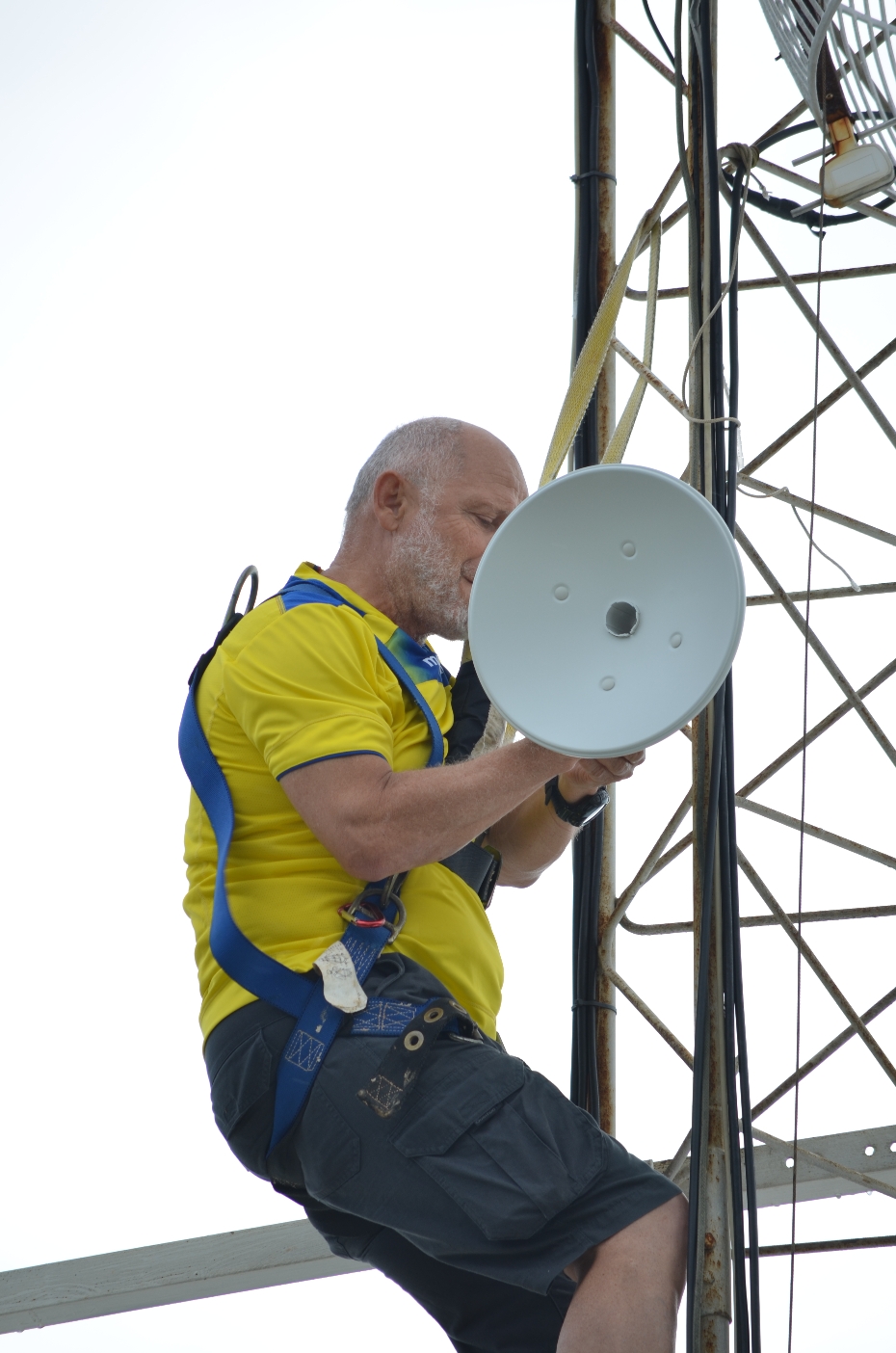 The capstone activity for the students was their establishment of a permanent solar powered point-to-point WiFi link between two buildings on campus during the workshop’s final afternoon. The symbolism of the two buildings being connected was not lost on the participants: the wireless link was established between buildings housing the offices of Telecommunications and Distance Education (TADEO), and the Center for Island Sustainability (CIS), respectively. 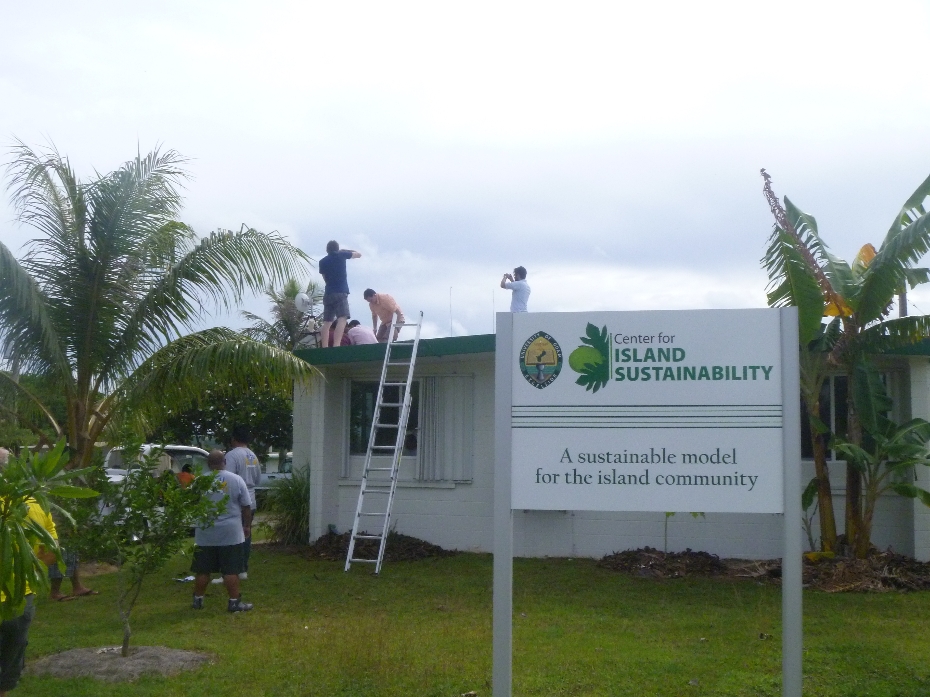 Fifteen students attended the workshop from across multiple Pacific Islands, including Saipan (NMI), Chuuk (FSM), and Guam. Many expressed their appreciation for the opportunity and their interest in using what they had learned further. Hiromy Mori, an accounting student from Chuuk, was happy to learn how to set up a wireless network, which would be useful to her even as a non-computer science student. Others, like Roy Rechebei, described their own struggles with a local public library network in Saipan, and were happy to have taken part in the workshop and wireless installation, and to have gained skills that would be useful back in Saipan.

The PISCES Project received funding support from Google, the Pacific Telecommunications Council, and the Internet Society. Project Partners for this workshop included the University of Guam, Illinois Institute of Technology, Green WiFi, Inveneo, the International Centre for Theoretical Physics, and the University of California, Berkeley’s TIER research group.