More
Home Solar Why We Need to Clean Up Mining if We Want a Renewable... 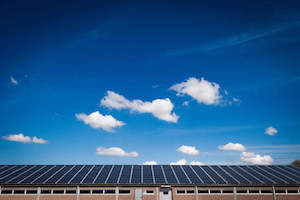 A massive open-pit copper mine might not be the first thing that comes to mind when thinking about solar power.

But the construction of photovoltaic panels actually requires a wide range of metals and minerals to build. Nineteen, to be exact, including silica, indium, silver, selenium and lead. Most can be found or produced in Canada.

And as demand for solar panels continues to rapidly increase in coming years — up to a 17-fold global increase between 2015 and 2050, according to the International Energy Agency — significant quantities of these metals and minerals will be required.

“It quickly dawns on you that an awful lot of panels go into producing all these gigawatts of solar power,” said Dan Woynillowicz, policy director at Clean Energy Canada and lead author of a recent report titled “Mining for Clean Energy,” in an interview with DeSmog Canada.

“Obviously that creates a demand for materials.”

It also creates some serious concerns about the environmental, social and cultural impacts of mining. Recent years have seen a series of mining-related disasters in Canada, most notably the devastating Mount Polley tailings dam collapse in August 2014. As a result, critics contend that mining practices must be addressed now, before demand continues to grow.

“If we don’t couple climate mitigation infrastructure with responsible mining, we’ve got a train wreck coming,” said Alan Young, director of the Ottawa-based Materials Efficiency Research Group, in an interview with DeSmog Canada.

“We’re either going to have interruptions of supply or we’re going to build clean energy on dirty mining.”

Solar power is growing at an exponential rate around the world.

In 2016, more than 76 GW in solar PV panels were installed, increasing the global total to 305 GW. Much of that growth happened in China, which added a substantial 34 GW in solar capacity.

And the price only keeps falling. According to a recent report from Morgan Stanley, solar panel costs dropped another 50 percent between 2016 and 2017.

Growth in solar capacity has been slower in Canada. The Canadian Solar Industries Association reports that by the end of 2015, the country only sported 2.5 GW in capacity, almost entirely in Ontario (which introduced a feed-in tariff in 2009 to help incentivize solar installations).

But that’s changing. Canadian Solar Industries Association predicts that by 2020, Canada will have close to 6.3 GW in installed solar capacity. That transition will be aided by programs like Alberta’s new $36 million rebate program for residential solar installations, as well as federally mandated carbon pricing (which will make renewables even more competitive with gas-fired power plants).

Unfortunately, nobody has figured out how to dramatically reduce the associated demand for metals and minerals. That’s already created scares about future availability of some necessary components.

That combo offers up a potentially massive opportunity for Canadian mining companies, with investors hunting for new places to profit in the wake of the global oil price crash.

It’s worth emphasizing that most critics of mining practices in Canada aren’t against mining as a practice.

Take Shannon McPhail, executive director of the Skeena Watershed Conservation Coalition. She emphasized in an interview with DeSmog Canada that she’s “a major supporter of mining.” But she wants it to be done right, ensuring environmental protections and inclusion of Indigenous nations as project partners.

“Mining has actually come a long way,” she said. “There are absolutely sustainable mining practices that can be implemented. And they’re usually not — because of the costs associated with them.”

A major problem is that laws and regulations about mining in Canada are incredibly lax. Mount Polley serves as a prime example. Despite spilling 25 million cubic meters of toxic tailings waste into nearby water bodies — representing the largest mining disaster in the country’s history — no criminal charges were laid or fines administered.

In March, federal government lawyers successfully blocked a private prosecution against Imperial Metals. Only a month later, the B.C. environment ministry gave the Mount Polley Mining Corporation the go-ahead to directly discharge tailings waste into Quesnel Lake, one of the bodies of water that was polluted in the 2014 spill.

To top it all off, the federal government has approved the use of another massive tailings pond dam at Seabridge Gold’s proposed KSM gold/copper mine in northwestern B.C., despite the expert technical panel formed after the Mount Polley disaster recommending mines move away from using wet tailings ponds to prevent future accidents. The Red Chris copper and gold mine, located in northwestern B.C. and also owned by Imperial Metals, uses the controversial tailings dams as well.

“We’re talking hundreds of millions of [metric tons] of toxic material sitting up there, at the height of land, at the headwaters of rivers,” said Jamie Kneen of MiningWatch Canada in an interview with DeSmog Canada. “There are huge risks and liabilities attached to this that are not accounted for.”

Emphasis on Community Relations and Corporate Initiatives Over Government Action

The increased demand for metals and minerals resulting from the explosion of solar installations presents an excellent opportunity for that to change; Woynillowicz notes that it could mean a great deal for the sector in terms of public perception and support.

But few expect that leadership to come from government.

There are plenty of technical fixes to help reduce impacts of mining: fuel switching away from using diesel for operations, using tailings management techniques like dry stacking, not approving projects that require monitoring and treatment in perpetuity. Young suggests the idea of a Forest Stewardship Council equivalent for industrial mining, which could help companies source materials that meet certain environmental standards.

But above all, it’s about proactively working with people and communities.

“There’s stuff around mining practices,” McPhail said. “There are specific laws and regulations. But really, it all starts at the community level.”

Maurer agrees: “What has to be sustainable in mining is sustainable relationships where shareholders, communities, First Nations, stakeholders.”