Why? Because there 10 times more community solar projects in the queue—400 MW—in Minnesota than have been built in the history of community solar in the United States (40 MW). 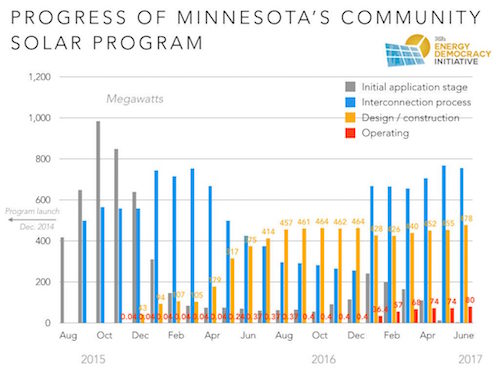 Colorado’s landmark community solar legislation, for example, caps the program at 6.5 MW per utility per year (although there’s hope it may increase in the future). Massachusetts has just revamped their solar renewable energy credit program to make community solar a better investment. No other state has had significant community solar development, despite 11 states that have some form of virtual net metering that allows for sharing electricity output from an off-site solar energy project. 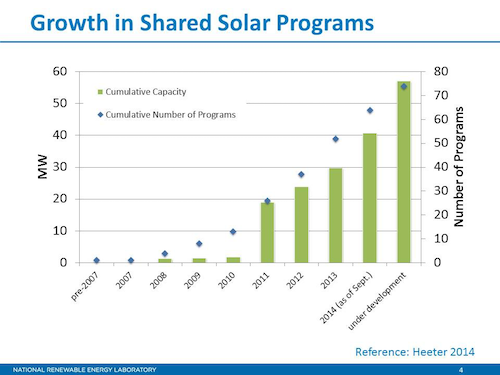 Xcel Energy’s queue for community solar already has 20 times more solar in it than the state had installed at the end of 2014. If it all gets built, it would be enough to rank second in the country in annual solar installations in 2014.

In 2015, I wrote that a state’s solar market can’t really launch without third party ownership—leasing or power purchase agreements that allow home and business owners to install solar with zero upfront cost, hand off maintenance concerns, and save money from day one. Indiana was the only potential exception, due to a (now defunct) feed-in tariff program operated by Indianapolis Power and Light. Minnesota may be the second.

If the projects develop as expected in Minnesota, there will be no contest. To say it like a local, “Minnesota’s community solar program is not too bad.”

This article was originally published at ilsr.org.