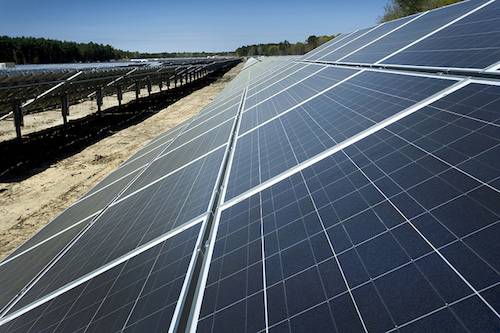 The best place to generate cash from a solar farm in the U.S. isn’t California or sunny Florida — it’s Long Island.

While New York ranks 11th in the country in terms of solar capacity, photovoltaic power there can sell for more than anywhere else in the continental U.S., according to a report Thursday from Bloomberg NEF. Last year, solar in New York City and Long Island earned an average of about $45 a megawatt-hour, compared with as little as $15 a megawatt-hour in Southern California, according to the report.

The reason is largely due to unique constraints within each market, notably high wholesale power prices in New York City and limited exports to Long Island. That creates a premium for developers who build power plants locally, and especially for sources like solar that generate electricity when demand peaks each day. The report shows that the continued expansion of solar depends not just on strong demand for clean energy, but on finding business models that make the economics of specific projects work within the complex, existing power markets.

“Long Island is the best for solar, in terms of revenue,” Joshua Danial, the BNEF analyst who wrote the report, said in an interview. “California isn’t as bad as we suspected but it’s getting worse as saturation increases.”

Prices in California are lower in part because there’s so much solar capacity available. While that energy is available during periods of peak daytime demand, the sheer abundance drags down prices.

While solar power on Long Island commands a high price, that doesn’t mean it’s the most profitable. Developers there must also contend with expensive real estate, complicated permitting processes and high construction costs, all of which may offset the higher revenue. Plus, solar farms in California and the deserts of the Southwest get more sunshine, so they produce, and sell, more electricity than in New York and the Northeast.