More
Home Solar Why Do You Support Solar on the White House? 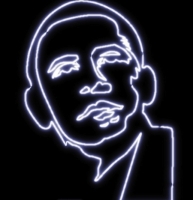 Arizona, United States — If someone offered you a free solar system worth US $107,000 for your house, would you take it? A group of companies and advocacy organizations are reaching out to the Obama administration, hoping he’ll accept the offer for a free solar PV system for the White House to prove the U.S. is serious about developing renewables.

The cadre of solar players, lead by the solar-services provider Sungevity, has developed a citizen action campaign to get the Obama Administration’s attention. Called “Globama,” the petition site features a range of social networking tools to spread the message about the importance of putting solar back on the White House.

By now, the story of how solar was put on and taken off the White House is famous in renewable energy circles. In 1979, as a way of proving America’s commitment to developing new sources of energy, President Jimmy Carter installed a large solar hot water system on roof of the White House. But in 1986 after a leak was discovered, Ronald Reagan took the panels off rather than fix it.

The story about solar on the White House is often used to symbolize the early rise and fall of the renewable energy industry in this country. But renewables are back — and many people in the industry are urging Obama to once again make a bold statement about the country’s push into a new energy era.

Today, there is a solar thermal system and a PV system on a maintenance shed on the White House grounds. But there is nothing on the roof servicing the actual building.

Given the disastrous oil spill in the Gulf of Mexico, the effort to put solar on the white house may gain more traction as anger over the environmental damage grows. And while solar doesn’t directly replace oil, it is a symbolic gesture of America’s push for clean energy nonetheless.

So what do you think about the effort? Do you think Obama should take the solar panels? And if you think he should, what’s your best reason for putting solar back on the White House? Please share your comments below.

We walked around the recent ASES National Solar Conference in Arizona and asked some industry folks what they thought. Check out the video below to hear what they had to say.