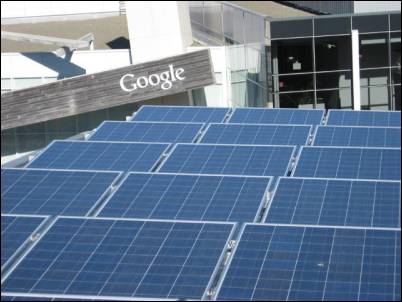 A predictable revenue stream from a creditworthy “offtaker” is the standard approach to finance an energy project.  Traditionally, developers sought a long-term, fixed price power purchase agreement (PPA) with a utility offtaker to meet this financeability requirement, but such agreements have become increasingly challenging to secure.  Hedge agreements, in a number of forms, have emerged as an alternative offtake structure for renewable energy project developers to obtain financing.  The purpose of this article is to provide a basic overview of a hedge agreement, focusing on renewable energy hedge agreements.

Purpose of a hedge

A hedge agreement is a contractual device used to lock in a predictable, per unit price against commodity price fluctuations.  This predictable revenue stream provides assurance to project lenders (and tax equity providers) that the project will be able to satisfy the project company’s debt service obligations and financial return targets.  Although a hedge agreement transfers price risk away from the project owner, volumetric (or production) risk often remains with the project owner.

Effectively, a hedge agreement provides the project owner with a degree of insurance, for the hedged amount, against price risk.  The hedge counterparty receives both the benefit of a commodity price increase and bears the burden of a commodity price decrease by guaranteeing the project owner will receive (through such financial settlements) a stable and fixed per unit price for an agreed upon amount of power generated by a project.

The “basic” hedge, described above, is a financially settled hedge.  The hedge counterparty looks at the commodity price for an agreed upon amount of power, at an agreed upon time and settles the hedge through either a payment from or to the project owner.  A project owner sells its generated power into the open market, while hedging against price fluctuations from such open market (merchant) sales through its hedge agreement.  Financially settled hedge agreements are referred to by several names, such as “virtual PPA”, “synthetic PPA” or “contract for differences”.

Financially settled hedge agreements have become common for corporate buyers who have turned to renewable power to meet their sustainability goals while simultaneously providing a hedged position to their own power demand.  The arrangement typically comprises: (a) a financially-settled hedge and (b) the purchase of the renewable energy credits (“RECs”) from the same project associated with the hedge.

Only in certain markets

It is important to note that hedge agreements require a level of market liquidity (and a regulatory structure) that permits the project company to sell its power directly into the grid for the prevailing wholesale market price. This is typically possible only in organized markets such as a regional transmission organization (RTO) or an independent system operator (ISO), which serve as third-party independent operators of the transmission system. Additionally, because the economics of financially settled hedge agreements rely on the difference between the variable market price and the fixed hedge agreement price, it is important to have the transparency of an RTO or ISO market to determine an agreed upon market price.

Lastly, from a commercial expediency standpoint, the use of hedge documentation can have some significant advantages over a traditional PPA.  Power purchase agreements are often very lengthy documents that vary widely in form and substance – and as such, can lead to protracted negotiations and review. Hedge agreements that are governed by an International Swaps and Derivatives Association (ISDA) or Edison Electric Institute (EEI) form contract are standardized and are comparatively simple to document. Thus, once parties have reached an understanding on the commercial arrangement, documentation can be finalized and closing can typically occur more quickly than without use of the standard, form contracts.