More
Home Solar DER Why a Misuse of the Trade Expansion Act of 1962 Could Lead... 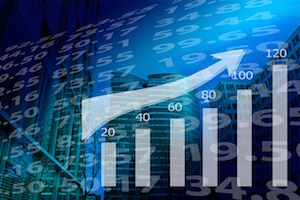 In April 2017, Wilbur Ross, the U.S. Commerce Secretary, began an investigation into steel and aluminum imports under Section 232 of the Trade Expansion act of 1962. Ross made a variety of tariff recommendations to Mr. Trump including 24 percent tariffs on steel imports from all countries, 53 percent tariffs on steel imports from Brazil, China, Costa Rica, Egypt, India, Malaysia, South Korea, Russia, South Africa, Thailand, Turkey and Vietnam or cuts in imports of 37 percent from all countries.

Costa Rica? — the country is not known as a significant steel exporter. Its top exports are fruit, coffee and medical devices. Mr. Ross must be thinking of the steel in the medical devices.

Mr. Trump has until mid-April 2018 to make his decision and, given the trend of Mr. Trump’s trade decisions, tariffs are highly likely. Imposing tariffs on steel and aluminum will essentially anger many (all) countries and further isolate the U.S. from needed and long-time trading partners. It will also, almost surely, lead to action by the WTO.

President John F Kennedy signed the Trade Expansion Act of 1962 to give the U.S. President stronger negotiating power with partner nations. In signing it he wrote: “This act recognizes, fully and completely, that we cannot protect our economy by stagnating behind tariff walls, but that the best protection possible is a mutual lowering of tariff barriers among friendly nations so that all may benefit from a free flow of goods. Increased economic activity resulting from increased trade will provide more job opportunities for our workers.

Our industry, our agriculture, our mining will benefit from increased export opportunities as other nations agree to lower their tariffs. Increased exports and imports will benefit our ports, steamship lines, and airlines as they handle an increased amount of trade. Lowering of our tariffs will provide an increased flow of goods for our American consumers. Our industries will be stimulated by increased export opportunities and by freer competition with the industries of other nations for an even greater effort to develop an efficient, economic, and productive system. The results can bring a dynamic new era of growth.”

Though the Trade Expansion Act may not have been intended as a tool to impose new tariffs the law of unintended consequences will almost always rise up and slap down a few just for kicks and giggles. In the case of the Trade Expansion Act, it granted the president heretofore unprecedented power to negotiate tariffs up to 80 percent. The act may have been intended as a negotiating tool, but it is used often as a cudgel.

Section 232 of the Act authorizes the Secretary of Commerce to investigate whether imports of a specific good are having a deleterious effect on national security. From the Commerce website on Section 232:

The proposed (and highly likely upcoming) tariffs on imported steel and aluminum highlight the unintended consequences of trade decisions in that though President Kennedy clearly meant to provide a platform for negotiations and Mr. Trump is (decades later) using the Trade Expansion Act of 1962 to impose tariffs and isolate the U.S.

The decision to impose tariffs on imported modules and cells under section 201 is another example of an unintended consequence. The Trade Act of 1974 was also designed to give U.S. presidents negotiating power and was intended to expand U.S. manufacturing participation in global markets and reduce trade barriers. Again, decades later the Trade Act of 1974 is being used as justification to impose tariffs.

Until the actual tariffs are announced it is impossible to know the effect on U.S. solar deployment. A back of the envelop assessment indicates that a higher cost of steel could add $0.01/kWp to $0.04/kWp to the cost of utility scale installations, something which could tip the delicate margin balance of utility scale developers.

The group most immediately affected by aluminum tariffs are module assemblers who use aluminum in frames. The cost of aluminum will increase to a group already coping with the solar tariffs.

One more point … if the goal is to encourage an increase in U.S. cell and module manufacturing adding any cost to the manufacturing process is probably not a great incentive for manufacturers to do so.