But Tioga Energy’s open source solar energy contract is an important step in a great direction, as I learned in interviewing CEO Paul Detering. 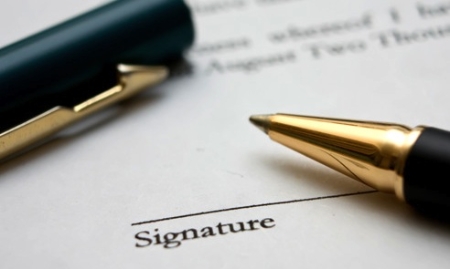 The problem lies in the middle of the market. Utilities can control terms on large-scale projects, and the negotiation costs seldom determine whether a project is viable, he said. The PPAs of residential project companies like SunRun and SolarCity are fairly standard.

But what if you are a factory owner or real estate developer with a sizable footprint and a desire to profit from your roof space? It’s where the negotiating partners are of equal scale that things get dicey.

“The open source model offers a structure, and it allows for continuous innovation” on contract terms, he said. That need for change is the difference between the standard he wants for solar and other standard contracts like those for interest rate swaps.

“Before counter parties used to negotiate things individually” on swaps, “but the industry got together as a group, 10-20 dominant players with hundreds of competitors, and now there’s a standard contract.”

A solar PPA, however, would need to account for many changing variables. The cost of panels. The value of the power. The cost of installation. Local or state regulations.

“This is a contract that the community contributes to. And that includes the customers, who have to buy in, the vendors and our competitors, it includes the financial community. Those are the key stakeholders.

The idea is to get to a contract that’s recognized as fair, that balances the needs of the various stakeholders, and becomes easily adopted, standardized. Today, for a large contract it can take weeks, tens of thousands of dollars. We’re trying to get it to a few days.

The text of what results from this process won’t necessarily be under an open source license like the General Public License or Apache Software License. More likely, it will be offered as a copyright grant under what is called a Creative Commons  license. It’s the same license some college professors use to extend the reach of their research materials.

But the process of completing a license draft could eventually become software. When I visited my insurance agent recently we completed a set of forms on our house, to determine its value and see if policy changes were needed. The same form-filling process could take place here, and that software might be put under an open source license.

So what happens now? Detering wants to create a consortium of stakeholders who can work through the variables, together, and evolve what he’s posted into something workable.

There are many variables, he admitted.

“Permitting. It’s different in every jurisdiction. You have to figure that out. Interconnect is another area – connecting to the grid is different for every utility, different rules and different processes, everything’s different. It’s not just the equipment, it’s the processes that need to be revamped to get costs down.”

The electrical system needs to evolve, and if Tioga’s contract is a first step in that evolution this will be a really big deal.

[Editor’s Note: For an interview with Marc Roper of Tioga on the Open Source PPA, check out the interview below, conducted at the Renewable Energy World Conference and Expo.]