More
Home Solar What Will Influence Trump the Most on the Trade Case Remedy? 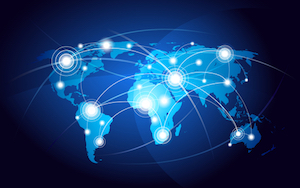 The International Trade Commission (ITC) is set to issue its decision tomorrow for a remedy in the Suniva/SolarWorld trade case, and send its report to President Donald Trump by mid-November.

That’s when this case will get really interesting, says Allan Marks, partner with international law firm Milbank Tweed Hadley & McCloy, because Trump’s decision will be a political one, not one based on economics or a legal issue.

“This case touches on a number of lightning rod issues for [the Trump Administration],” Marks said.

One issue at hand is trade, “especially trade policy vis a vis China,” he said, adding that China is not the only country that would be affected by any new trade policy that comes from this case.

Another issue is energy policy, “where the administration generally speaking is taking a position which is much more favorable to coal, and perhaps natural gas, and not as favorable or supportive of continued investment in renewables, like solar,” he said.

The ITC on Sept. 22 voted unanimously that there was serious injury to the petitioners that was caused by imports.

“There’s a good chance that the ITC will recommend a remedy, but not much of one,” Marks said. “At the end of the day, what the ITC recommends almost doesn’t matter. It’s really what the White House is going to want to do.”

Marks said that we may see the White House “test the waters,” perhaps with a tweet about what the remedy might be, before issuing its final decision.

“We’ll find out at the end of the day if someone in the back channels influences the White House to do something which is hopefully more sensible for most, which would be a minimal remedy, if any,” he said.

Proposed remedies have evolved since the original petition was filed and include floor prices and tariffs that ramp down over time. Marks said tariffs could be as high as $0.35/watt for modules, but he said a tariff at around $0.10/watt would be more favorable to the solar industry.