More
Home Blogs What Greta should advocate: A federation of microgrids 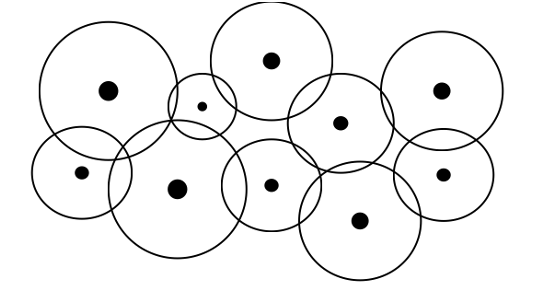 Two kinds of voices were heard at the 2020 World Economic Forum at Davos. From the climate activists like Greta Thunberg and others: Do something. Cut fossil fuel use. Stop emissions. The other voice was less strident, but had the momentum that comes from the status quo: You do not know enough, young girl. Technological change will mitigate the problems in ten years. This latter argument was exemplified by U.S. Treasury Secretary  Steve Mnuchin in his January 23 press conference and his subsequent debate with IMF President Christine Lagarde. In the backdrop, climate activists protested on the streets of Davos.

It is wonderful and timely that Greta has highlighted the climate change issue. She has elevated the profile of the subject in a Gandhian way, more effectively than the climate scientists. It is too much to expect that a teenager also propose and champion a solution.

The question for my fellow engineers and businesspersons is: What exactly can be done at the practical, project level to curtail emissions that is also a credible business proposition? As Amy Larkin once noted, “Nothing except for nature can transform the world as swiftly as can business, for better or for worse.” My answer: a federation or cluster of microgrids. The creation of a federation of microgrids is an effective method of reducing emissions that also creates potentially profitable business opportunities. We do not wish for nature’s wrath as exemplified by fires in Australia or in California.

A federation of microgrids

How would China, the US, and India – the major global polluters – and other countries, deploy microgrids, and what climate impact might they have?

I envisage microgrids as an electricity access solution for the entire population, not just for residents of rural areas and remote islands, and not just as a backup for grid power. They would consist of solar panels, batteries, small wind, and other electricity generation technologies, managed with automation to match demand round the clock. They would include Demand Side management. Further, microgrids would not only be self-sufficient but also interwork with other neighborhood microgrids of different sizes in order to maintain reliability. Together, microgrids would form a cluster.

My view is that the topology of the grid of the future will be a federation or cluster of microgrids is described in more detail in my 2016 book, The Microgrid Revolution. Such “federations” will necessarily produce fewer emissions than the electric grid of today. By how much? We do not know, but we may reasonably assume at least 50%.

The solution: the substation as a hub for locating solar panels and batteries

The solution consists of transforming the substation into a hub for a microgrid. We presume that most substations, except for those in dense urban areas, would have sufficient space for solar panels and batteries. Even if the solar capacity cannot all be located at the very location, it would be possible to use the rooftops of customers on the distribution side – the “drop” side – to generate sufficient electricity for all customers served by the substation. The solar deployment can be in phases with full grid independence achieved over, say, seven years.

We know that roughly 70% of India’s emissions come from centralized coal burning power plants. We also know that Distributed Generation is gaining ground in the form of solar panels and battery-based solutions, a small yet growing fraction of total electricity generation today.

There are notable advances in microgrid control. At DISTRIBUTECH conference in 2018, and at the Microgrid Knowledge conference in 2019 in San Diego, each of Schneider, ABB, Siemens, and multiple smaller technology companies, demonstrated their work on intra-microgrid control, and even inter-microgrid information exchange and electricity trading. Dynamically balancing multiple generation sources and batteries to meet a given load profile, with Demand Response built in, are parts of such solutions. And most important, the solution includes inter-microgrid load balancing and trade of information and electricity. This may involve the use of blockchain technologies and DERMS (Distributed Energy Resources Management Systems). Says Power Ledger, “Our technology can also be used to trade renewable energy and environmental commodities. We want to create new markets for energy from renewable sources.” Thus, the technological solutions for a federation of microgrids are at hand.

How many microgrids for India as a nation

India has approximately 360 GW of generation capacity today, which is ~ 70% coal based. In comparison, the US has over 1,000 GW generation capacity, and coal’s contribution, though shrinking, is still 30%. But all fossil fuels still represent ~64% of electricity generation in the US, though the largest share now comes from natural gas which is less polluting. In the US, ~ 75,000 substations – 12 kV to 64 kV each – deliver this capacity to customers. Thus each substation on average has ~ 13.33 MW capacity. If we assume that the average size of a microgrid in the US will be 5 MW, we then have 2.5 microgrids/substation or ~ 200,000 potential microgrids for the US as a whole.

India’s installed generation capacity is 360,000 MW, and if each microgrid in India has an average capacity of ~ 2 MW, we will need 180,000 microgrids for India.

We note these are back of the envelope numbers to assess the scope of the challenge.

Budget for a nation of microgrids

Let us assume 180,000 microgrids of 2 MW capacity for India costing ~ $5 million each. This is based on calculations my students and I did while modeling microgrids in 2016 at IIM Kozhikode in preparation for writing my book mentioned above. Assuming our numbers are true, the cost of basing all electricity in India on microgrids would be $900 billion.

But this is likely exaggerated. Why? Because for microgrids, peak load management is the issue; we do not need to consider costs based on built but unused capacity. A microgrid is a dynamically balanced solution; as such, rather than overall capacity, a better measure of capacity might be the average load that has to be met by microgrids. Let us assume that to be 60% of 360 GW capacity, that is, ~ 215 GW. Were we to divide 215 GW by 2 MW each, we get ~ 108,000 microgrids. And at $5 million each, the budget for 108,000 microgrids would be ~ $540 billion.

Let us further assume that 20% of electricity capacity is devoted to heavy uses like cement plants, steel mills, and the Indian railways. Let us assume they will continue to draw power from the grid. Thus, the effective capacity for microgrids would be ~ 170 GW, and thus ~ 85,000 microgrids, and therefore a budget of ~ $430 billion.

Let us spread this over 10 years, that is, – $43 billion per year. But costs have dropped and  there exist synergies from interconnected microgrids due to sharing of capital costs (batteries, for instance, common among several microgrids), operational efficiencies due to large numbers, and so forth. Thus, at a 20% discount due to cost savings and efficiencies, the budget for India can be ~$35 billion per year. Assuming India’s population to be 1.3 billion, we get $27 per capita per year. That is, Rs. 1,900 per capita per year, or Rs. ~160 per month. Is this affordable?

We spread the costs over ten years because we assumed a 10 year battery life. Except for batteries, the plant life may be approximately 20 years. Thus, even when the batteries have to be replaced, the overall cost is likely lower.

I propose that a team be formed under the Ministry of Power to evaluate the propositions of this paper at greater depth and develop phased recommendations for action.

Note that this solution involves only organizational and regulatory innovation, and no technical difficulties that are insurmountable. The political will to reorganize the electricity industry is all that is needed. Who will lead the charge? How?

Given the contribution of coal and other fossil fuels to planetary overheating, piecemeal change – a solar park here, some rooftop solar there – is not good enough. We need systems level solutions. If the next generation grid were a federation of microgrids, it would substantially reduce the emissions intensity from electricity generation. The earth would breathe a little easier. The ravages of climate change would be held at bay. And, we may responsibly do intergenerational justice, a critical issue Greta Thunberg has advanced. We may give a promising future to our children and grandchildren after all.

Greta should champion a federation of microgrids.