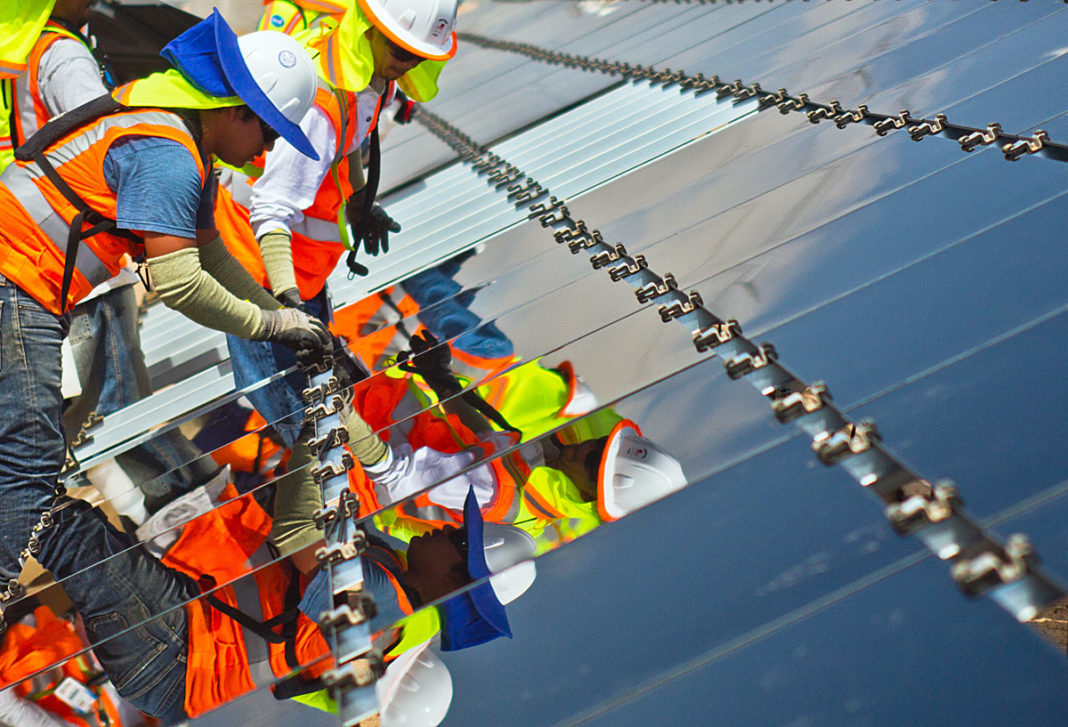 “Entering into long-term contracts that support the development of net-new sources of renewable energy that are geographically close to our facilities is a critical piece of Wells Fargo’s renewable energy strategy,” said Richard Henderson, Head of Wells Fargo Corporate Properties. “We appreciate the collaboration with Shell Energy and MP2 in developing these creative transactions to deliver retail renewable energy supply to our California and mid-Atlantic real estate portfolios, and support the communities where we work and live.”

Shell Energy and MP2 will use renewable energy certificates (RECs) generated by the projects toward state mandates. Wells Fargo will receive Green-e certified RECs from other renewable energy projects.

The solar power generated will be connected in the California ISO and PJM Interconnections. Whether any of the energy goes directly to Wells Fargo facilities or not, the companies noted that the carbon-free resources will reduce emissions, create jobs and support resiliency efforts in those respective regions.

The renewable generation offsets 100 percent of the energy consumption of about 1,200 Wells Fargo properties in California and the mid-Atlantic states. It also meets all of the company’s eligible load in California, Delaware, Maryland, New Jersey, Illinois, Ohio, Pennsylvania and the District of Columbia, according to Wells Fargo.

The agreements are part of Wells Fargo’s transition to a higher mix of long-term renewable energy credits and increasing deployment of on-site generation to support new developments of renewable energy. Last year, the financial firm signed a deal with NRG Energy’s Reliant subsidiary to purchase energy credits from a new solar facility to be built in west Texas and connect to the ERCOT system.