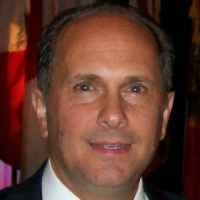 Dear President Obama: Do you want full transparency to ensure citizen oversight of fund allocation of our economic stimulus billions? Do you want public-private partnerships to support innovation?

Citizens are the answer to fixing our economy and reducing our dependence on fossil fuels.

There are Americans that will never hold a rifle, but we Americans are ready to fight and work hard for our “Energy Independence”. Give us not guns, but create financial markets so that we can invest in our homes and businesses. After 9/11, our country had an opportunity to call the American people to war against oil… not for oil.

Today, we have had enough finger pointing; Americans are ready to take responsibility for 9/11, climate change, high or low gas prices and world unrest. We no longer accept Washington, Wall Street or Detroit blaming others for their demise.

Shift to long-term thinking. Consider the legacy we leave our children. Thirty years from today, what will our children remember of what we did today? What will the history books say about you, about me? Wall Street bailout. Detroit bridge-loans. Job losses… Not exciting things to be remembered by.

Call on Americans to help, to innovate, to invest and to save. Make “Energy Independence,” America’s number one priority. Thirty years from now, I want my grandchildren to see those same solar panels still working that we installed during this first year of our “war against unsustainable living”! Put citizens and small business as “drivers” of our new economy… Not big business, not big oil and not big utilities.

From Democrats to Republicans, both parties have changed because of us, the voters. I call on you and Congress to create a Clean Energy Bank that will immediately replace purchases of fossil fuels with manufacturing, finance, engineering, installation and maintenance and repair jobs. A Clean Energy Bank can be created through the enactment of a combination of Senate bills S. 3233, the 21st Century Energy Technology Deployment Act authored by Senator Bingaman, and S. 2730, the Clean Energy Investment Bank Act of 2008 authored by Senator Domenici. These two bills were debated in the Senate during a Full Committee Hearing (SD-366) Tuesday, July 15, 2008, received bipartisan support and have been endorsed by the US Chamber of Commerce, Google.org and SEIA (Solar Energy Industry Association).

I believe you can turn this economic crisis into an extraordinary opportunity to achieve far-reaching benefits for our country. I wish my voice to be heard in strong support for you and Congress to combine rapidly S. 3233, the 21st Century Energy Technology Deployment Act, and S. 2730, the Clean Energy Investment Bank Act of 2008 and make the combined act a key component to upcoming legislation on the advancement of green technology.

The Senate bills I referred to above, S. 3233 and S. 2730, create a federal funding entity (Clean Energy Bank) whose purpose is to invest in renewable energy and energy efficiency technologies which can put people to work immediately — engineers, contractors, plumbers, electricians and solar installers to work in every community throughout America. Investments that can help ameliorate the financial crisis with real assets as collateral for the loans.

Loan guarantees, energy-efficiency mortgages and secondary market support for energy efficiency improvements, solar thermal applications and other similar technologies provide the greatest short and long-term societal benefit for our tax dollars. These “unsexy” improvements and technologies can be made more attractive by encouraging the aggregation of such projects for resale to a government-sponsored secondary market. A Clean Energy Bank will build sustainable financial markets that can eventually stand on their own and keep generations of Americans working.

States could participate in the federal funding entity (Clean Energy Bank) through Intergovernmental Agreements with risks sharing for the deployment of energy efficiency and solar thermal technologies.

This US $1 billion dollar initiative translates into 200 to 300 solar thermal cooling projects ranging from $1 million to $10 million dollars each throughout the state of Florida. A single billion dollar investment in “solar cooling” shifts $4 billion dollar in fossil fuels purchases to create jobs directly in our local communities. Annual energy for cooling and ventilating commercial buildings and homes consume over 50% of all electricity produced in Florida

I am your foot soldier in our “war against unsustainable living.”

With a back ground in accounting and finance, over 25 years of running my own small businesses and five years in startup mode for my solar thermal energy company, I present to you:

Call Americans to work! To work harder for our “Energy Independence”! We don’t need handouts, but jobs — jobs that are sustainable. We are willing to work hard, save and invest in our children’s future. Our grandparents knew how to save and maybe we need to live a little more like they did.

Scott Jorgensen is President & CEO of Solarsa. His background is diverse and includes working for Price Waterhouse in New York City, trucking/logistics/warehousing in Charleston, South Carolina, commercial accounting software development and restaurant/franchising in Tampa Bay.  Jorgensen has operated his own businesses for the past twenty-five years and understands how rising and unpredictable energy costs impact a business and our Nation’s economy. Jorgensen started Solarsa with a “vision” that our Nation’s energy future must include on-site, distributed and renewable energy systems.  Solarsa provides reduced and predictable energy prices to customers for heating, cooling and hot water. Click here to watch a two minute video of his plan.