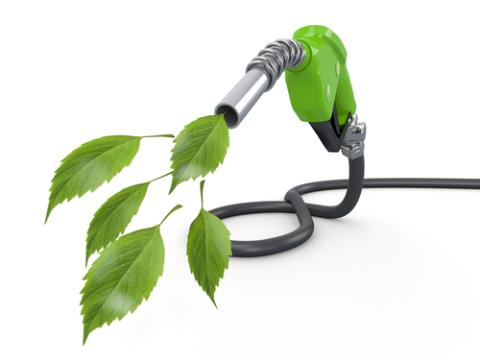 LOS ANGELES — It sounds like magic, far-out fiction, a California dream. Yet earnest scientists are hard at work on a new alchemy: brewing fuel for cars — synthetic gasoline — from little more than water and sunshine.

Mimicking the way plants turn sunlight and carbon dioxide in the air into energy and oxygen, the Joint Center for Artificial Photosynthesis at the California Institute of Technology is in a race to trump nature and slow global warming. Nate Lewis, a Caltech professor and solar energy research star, has a plan to remake fuel as we know it.

“If we couldn’t get to that, we wouldn’t be doing it,” Lewis said in an interview last month.

The effort is backed with $122 million of U.S. Energy Department funds and combines the talents of 120 scientists at Caltech; Stanford University; the University of California’s Berkeley, Irvine and San Diego campuses; and Lawrence Berkeley National Laboratory.

Along with electric powertrains, vehicles that drive themselves and cars rented by the hour, it’s another disruption of the global auto industry that dates back to the 19th century.

Just a few years ago, all-electric cars seemed fantastic, too. Now Tesla Motors Inc., which makes only battery-powered vehicles, has a higher market value than some old-line automakers, such as Suzuki Motor Corp. and Fiat SpA.

Then comes the second leap: Applying that same research to a system that can blend the hydrogen fuel with carbon dioxide from the air, much as a plant does, to make liquid fuels that can power cars, heavy trucks, boats or aircraft.

Research labs worldwide are racing to find renewable alternatives to petroleum. Some are private endeavors; others are government-funded. While some seek to make fuel from algae, corn or other crops, Lewis argues that such solutions require too much water or land that will be needed for food production.

Research projects like JCAP have the luxury of not having to satisfy investors’ short-term demands, said Pavel Molchanov, a Houston-based analyst for Raymond James & Associates Inc.

“Companies that rely on private capital, even venture capital, in most cases aim to be commercial within the next three years,” said Molchanov, who follows biofuel companies. “If we think about what private developers of biofuels are focusing on now, none of them have a commercialization road map that goes out to 2025.”

Startups such as KiOR Inc., Solazyme Inc., Ceres Inc., Gevo Inc. and Amyris Inc. have a lead over JCAP because they’re already commercializing biofuel alternatives to petroleum and grain-based ethanol.

What JCAP has going for it is the Energy Department, which deemed it an Energy Innovation Hub, one of three Manhattan Project-like efforts. Others are to improve nuclear power plants and make buildings more energy-efficient. With the government funding, Lewis can be methodical in search of a breakthrough.

“The first five years of JCAP, our goal is to show that this can be done; to make the pieces, components, to build an artificial photosynthetic system,” he said. That prototype “isn’t going to be commercializable, in the same way the Wright Brothers’ plane wasn’t a 747. We first have to show people there’s a there there.”

About five years after that, with “faster, better, cheaper” fuel-making technology, JCAP may be able to license its system to oil and energy companies, Lewis said.

The program is talking with potential industrial partners to help expand its analysis of promising “earth-abundant” materials needed for its solar-fuel distillery. Lewis declined to identify specific companies. JCAP’s technicians are testing hundreds of combinations of metallic salts and alloys, seeking the optimal recipe of low-cost, light-absorbing materials and catalysts needed for hydrogen generation.

Urgency to increase low-carbon energy sources has intensified as extreme weather adds to concerns that heat- trapping gases in the atmosphere are making the Earth a less hospitable planet.

President Barack Obama, whose administration funded JCAP, signaled in June that U.S. action to curb carbon emissions will intensify with new steps to pare such pollution from power plants, the biggest source of carbon dioxide emissions, according to the U.S. Environmental Protection Agency.

Second is the use of petroleum-based fuel in transportation. Engines in autos, trucks, aircraft and ships produced 28 percent of the 6.7 million metric tons emitted by the U.S. in 2011, according to the EPA, trailing only electricity generation’s 33 percent. Obama also laid out a plan in 2011 to double vehicle fuel efficiency by 2025 to cut carbon pollution.

A big hurdle for vehicles powered by fuel cells, such as those being developed by Toyota Motor Corp. and Bayerische Motoren Werke AG, is the lack of a clean source of hydrogen fuel. The first part of Lewis’s plan should make it more plentiful and produce it in a much cleaner way than it’s traditionally done.

By 2020, JCAP technology could supply hydrogen needed for chemical plants and refineries, said William Royea, JCAP’s assistant director for strategy. Both use vast amounts of the gas — and emit large amounts of carbon when getting hydrogen from natural gas, the main industrial source.