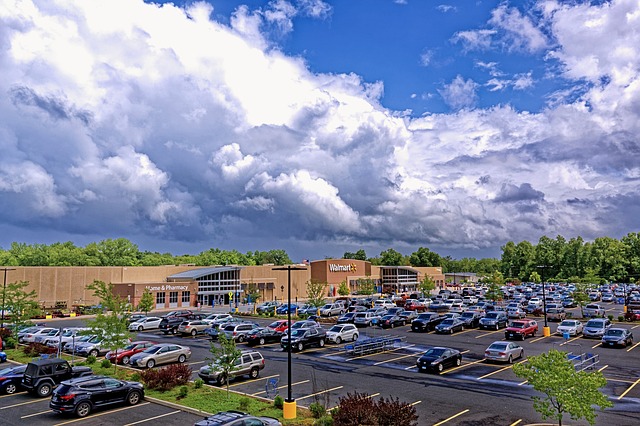 Walmart Inc. sued Tesla Inc., claiming it failed to live up to industry standards in the installation of solar panels on top of hundreds of stores, resulting in multiple fires across the U.S.

The retailer said it had leased or licensed roof space on top of more than 240 stores to Tesla’s energy operations unit, formerly known as SolarCity, for the installation and operation of solar systems. But as of November, fires had broken out at no fewer than seven of the stores, forcing the disconnection of all the solar panel systems for the safety of the public.

Walmart’s inspectors found that Tesla “had engaged in widespread, systemic negligence and had failed to abide by prudent industry practices in installing, operating and maintaining its solar systems,” according to a breach-of-contract complaint filed Tuesday in New York state court.

Walmart is pushing to source 35% of its electricity from renewable sources by 2020. The company has more than 350 on-site solar installations and has signed contracts to add more than 120 new installations by next year, it said in its 2019 report on environmental, social and governance goals. The company didn’t reply to a request for comment on whether those totals include the Tesla systems.

Tesla is best known for its electric cars, but its solar unit acquired in 2016 had sought to sell solar power plus batteries for storing electricity to commercial businesses eager to reduce their electric bills and carbon footprints. Walmart was an early customer of SolarCity’s rooftop solar panels as well as Tesla’s batteries, and has pre-ordered the company’s electric Semi truck, which is not yet in production.

Many of the Tesla panels had defects that could be seen by the naked eye or were easily identifiable with proper equipment, Walmart said, indicating that Tesla had deficient inspection procedures or hadn’t been inspecting the sites at all. The retailer’s inspectors saw dangerous connections, including loose and hanging wires at several locations, according to the complaint.

“Many of the problems stemmed from a rushed, negligent approach to the systems’ installation,” Walmart said in the complaint.

Walmart said Tesla isn’t the only solar vendor it works with. In October, the retailer signed a deal with SunPower Corp. for installation of solar systems at 19 stores and two distribution centers in Illinois.

“Solar is a vital component of Walmart’s expanding renewable energy portfolio,” said Mark Venderhelm, vice president of energy at Walmart. “Walmart plans to tirelessly pursue renewable energy projects that are right for our customers, our business and the environment.”

Tesla acquired SolarCity, which was founded by founder Elon Musk’s cousins, for $2.6 billion in 2016. Musk last month won a ruling by a federal judge dismissing a lawsuit accusing him of making short-swing profits from buying SolarCity.

The Palo Alto, California-based company is now offering rental panel packages with “no long-term contract” as part of a relaunch announced Sunday by Musk. The rental option harks back to a leasing product popularized by SolarCity that had propelled its growth, although the company borrowed heavily to support the strategy.

After the acquisition, Tesla prioritized outright sales in an effort to boost profitability, ended door-to-door marketing and a partnership with Home Depot Inc. and cut jobs. The company recently shifted to offering standardized panel systems online, rather than the bespoke arrays that have driven the rooftop-solar industry’s growth in the U.S.

Walmart said the first blaze broke out at a store in Beavercreek, Ohio, a suburb of Dayton, in March 2018, and two more fires occurred at stores in California and Maryland in May of that year. While Tesla disconnected the panels at Walmart’s request that same month, it wasn’t enough to stop fires from occurring, and another blaze broke out in November at a store in Yuba City, California, according to the suit.

“To state the obvious, properly designed, installed, inspected and maintained solar systems do not spontaneously combust, and the occurrence of multiple fires involving Tesla’s solar systems is but one unmistakable sign of negligence by Tesla,” Walmart said in the suit. “To this day, Tesla has not provided Walmart with the complete set of final ‘root cause’ analyses needed to identify the precise defects in its systems that caused all of the fires described above.”

Walmart is asking a judge to declare Tesla in breach of contract, order the company to remove the solar panels from all of its stores and award damages equal to its costs and consulting fees in connection with the fires.