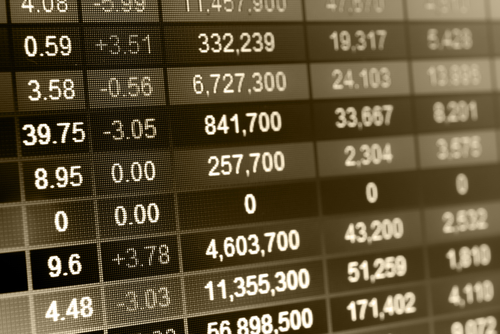 For the companies that have exploded with growth at the cost of profitability altogether, the message from Wall Street is load and clear, “It’s the profitability, stupid.”

Well before the recent turmoil in the stock market, some of the most prominent U.S. solar companies began experiencing a meltdown in their stock prices. There was a loud and clear message from Wall Street: they are no longer going to reward unabated revenue growth. They are looking for profitable growth. In order to regain the confidence of Wall Street investors, U.S. solar companies will need to articulate and execute towards a clear path to long-term profitable growth.

One of the most telling features of solar’s stock meltdown is that on a cumulative basis SunRun, Vivint, SunEdison, First Solar and SunPower posted record revenues and year-over-year growth but cumulatively posted a net loss. More alarming is that growth, in some cases, corresponds with deepening losses and debt, moving some of the largest solar companies further from profitability altogether.

What is clear is that the vast opportunity that solar represents has motivated a laser focus on capturing market share at all costs. Those costs are out of control, and no one has laid out a convincing plan and path to long-term profitability.

One area that is particularly alarming is the corporate overhead companies carry and the associated operating expenses. It takes the solar industry an average of seven employees to install 1 MW. It’s totally unscaleable. Compared to capital expenditures, which has dropped dramatically, operating expenses have remained relatively flatlined. In contrast, the European companies that invested in business processes and software are able to install the same capacity with two employees. That’s three and a half times more productivity per employee!

Former President Bill Clinton in the 1992 election had a sign hanging prominently in the war room at campaign headquarters: “It’s the economy, stupid!” U.S. solar companies would be well-served posting a similar sign in boardrooms: “It’s the profitability, stupid!”

Solar is an execution play. It’s a race to the lowest cost structure, productivity per employee and velocity to develop and construct power plants. Industries from automobile, retail and the computer industries have proven that the first to gain a 10 percent structural cost advantage or time-to-market have unassailable pricing power and the foundation for business model innovation.

Costco, Walmart, Toyota and Amazon are great case studies to emulate. They used their low-cost structure to crush the competition. They enjoy very high market share and the lion’s share of the profits, and they have very enviable market capitalizations.

The U.S. solar companies that can build an efficient execution machine will demonstrate a clear path to sustained profitability, increase their value and emerge as market leaders.