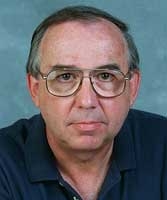 After more than a year of bureaucratic delays and a failure to keep the public adequately informed, New Jersey’s solar energy program should have gotten a jump-start last week when the Board of Public Utilities (BPU) officially turned management over to Honeywell.

For those of us waiting to enjoy the financial and social benefits coming from sun power, who bought into the BPU’s promotional campaign, it’s about time. For too long, the process had slowed to a crawl — when it was advancing at all. For home and business owners who haven’t looked into solar power, one question remains: What are you waiting for? Despite some problems, this is a great deal. I’m in the first group. Last spring I signed a contract to have solar panels put on my roof, financed in part by state and federal incentives, and I fully expected to sit in my air-conditioned living room last summer knowing that the sun, and not Public Service, was keeping me cool. I also relished the thought that when I was at work, with my home AC turned off, I would be selling clean power that I generated to PSE&G, significantly reducing my electric bill and cutting ever so slightly the amount of power created by burning fossil fuels. Did someone say win-win? No, it’s been wait-wait. Construction was to start as soon as the BPU’s Clean Energy office approved my application. But nothing has happened yet. All the money allocated for 2006 had been spent and hundreds of people were in front of me. What was annoying and frustrating was that the Clean Energy Web site, which was set up to help us stay informed, offered little information on when or if I would ever get approval. It listed applications in the order received — a great way to protect against favoritism — as well as the size of projects and the money expected. But that was of little help to those of us still waiting. In fact, until this month, the Web site had been updated just once since last May — and that was in November. That is changing, BPU President Jeanne Fox told me during a two-hour meeting last week. Even with the delays, “we still have the best program in the country.” About $47 million has been approved for rebates this year, including $17 million for residential projects, and the BPU was expected to turn over administration of the program fully to Honeywell at a special meeting last Wednesday. That means a call center to answer consumer questions and adequate staffing to process applications quickly, both lacking until now, plus freedom from bureaucratic delays that are built into the government approval process. “Honeywell will speed up and streamline the process,” Fox said. The shame is that these delays detracts from the fact that New Jersey is the national leader (along with California) in developing incentives to get its citizens to switch from electricity purchased from local utilities (and generated mostly by pollution-causing fossil fuels and nuclear energy). To encourage solar power, the BPU developed an innovative two-prong program of rebates to help ratepayers finance the installation of roof-top panels and renewable energy certificates, or RECs, that will provide ongoing payments based on the amount of solar electricity produced. RECs are issued each time a solar system generates 1,000 kilowatt hours of electricity, and can be sold or traded as commodities, much like barrels of oil and pork bellies. Because of a state mandate for power generators to increase the amount of electricity coming from renewable sources, a market for RECs is expected to be active. In addition, consumers can get a federal tax credit of $2,000 if their solar system is put into service by the end of 2007, and will be able to sell electricity they generate back to their local utility. RECs and sell-backs to utilities are expected to continue. But the BPU is cutting back on rebates — “Our intent is to reduce them as much as possible,” Fox said — and the tax credit ends in eight months unless renewed by Congress. Eliminating or reducing the rebate and tax credit mean more up-front construction costs, and that could make solar less attractive to some homeowners. But Mike Winka, director of the state’s Office of Clean Energy, insists that program revisions will not change the 10-year period required to recoup their capital outlay. That’s because the BPU has a pilot program of enhanced RECs for people willing to forego the rebate. Best of all, they can proceed immediately with construction, rather than wait to have their rebate approved. Fortunately, even before Wednesday’s formal vote, Honeywell was on the job, as seen by the fact that the website has been updated twice this month, and that helps applicants decide between rebates and enhanced RECs. With $17 million set aside for residential projects, and a maximum rebate of $49,500, the first 343 homeowners listed can assume they’ll get their money this year, assuming their paperwork is in order. The actual number should be 25 to 50 places higher, as many on the list have not applied for the full amount. Still, that’s less than a third of the 1,242 waiting applicants. If you’re at 350 or lower (I’m happily at 313), it probably makes sense to stay in the queue and get a rebate. Honeywell is supposed to process 100 applications a week, Winka said, so you should quickly know your fate — and could start generating before summer arrives. Above 350, you might be best off dropping off the list and applying for the higher-value RECs. It’s a higher up-front cost, but you avoid the uncertainty of waiting, probably until next year, when the rebate might be reduced and the federal tax credit may be gone. Kevin DeMarrais, a staff writer for The Record, writes a weekly column on consumer issues. For nearly a decade, DeMarrais has provided readers with straightforward advice on pocketbook and consumer issues such as telemarketers, Internet scams, supermarket coupons, unresponsive business people, and dozens of other subjects. He combines years of personal experience with advice from experts in business and government to provide readers tools to solve their own problems and to get the most for their time and money. (c) 2007 The Record (Bergen Co., NJ)/ Kevin G. Demarrais