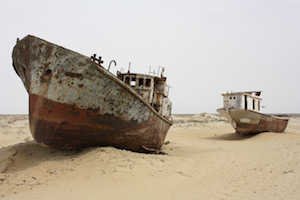 Toronto-based SkyPower today said it has reached an agreement to build 1 GW of solar power generation throughout Uzbekistan, bringing the country’s renewable generation to 10 percent of total generating capacity.

Uzbekistan in April 2017 submitted its Intended Nationally Determined Contribution (INDC) to the UN Framework Convention on Climate Change with a commitment to “bring up the share of solar energy in the total energy balance of the country to 6 percent by 2030.” The 10 percent total generating capacity that will result from the new agreement will be made up of 2 percent existing hydropower generation and 8 percent solar generation, SkyPower said.

Uzbekistan and SkyPower also signed the first power purchase agreement in the country’s history, according to SkyPower. The agreement makes SkyPower the first independent power producer in the history of Uzbekistan, working closely with state-owned utility company Uzbekenergo, the company said.

“This is a historic partnership that will benefit both the Government of Uzbekistan and SkyPower, and we are happy to be building Uzbekistan’s first solar power installation,” SkyPower CEO Kerry Adler said in a statement. “President Mirziyoyev’s forward-thinking vision for Uzbekistan, along with the commitment of the Deputy Prime Ministers and the leadership of the National Project Management Office in concert with Uzbekenergo leadership, together have really helped move this project forward.”

According to Uzbekistan’s NDC, the country is one of the most vulnerable to climate change.

“Without additional resource saving measures, the country may face deficiency of water resources, growth in land desertification and degradation, increase in occurrence of droughts and other dangerous phenomena, leading to instability of agricultural production and threatening to the country’s food security,” the NDC said.

The NDC referenced the unprecedented losses of the Aral Sea, which lies partially along Northern Uzbekistan: “The Aral Sea, once the unique and one of the most beautiful and largest inland water bodies in the world, has turned out to be at the edge of total disappearance during the life of one generation. This has caused unprecedented disaster and irreversible damage to the local population, ecosystem and biodiversity of the Priaralie.”