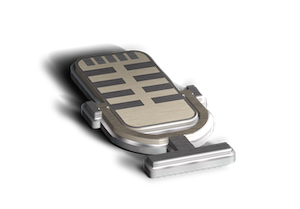 A surge of interest in residential solar arrays threatens traditional utilities’ outdated business model of selling more and more electricity, prompting them to adopt a controversial fee that hurts efficiency and diminishes long-range cost savings — even for themselves.

Mandatory fixed fees on utility bills force consumers to pay up no matter how much, or how little, electricity they use. Utilities are increasingly pushing higher fees, skewing rate plans to erode benefits for customers with rooftop solar that offsets power demand and eases strain on the grid.

Solar and conservation advocates call it a knee-jerk response from utilities facing upheaval in a fast-evolving marketplace. As rooftop arrays become more accessible, traditional power providers have showcased a toolbox filled with tactics for curbing the viability of solar — including by piling on costs.

“[Solar is] the antithesis of the utility business model and it allows customers to really take control over their own energy future, which is something the utility doesn’t like,” said Rick Gilliam, program director for DG regulatory policy at California-based nonprofit Vote Solar. “It’s a monopoly and it wants to maintain its position as the sole provider of service.”

Gilliam spoke with ILSR’s Director of Energy Democracy, John Farrell, in June 2016 about how the widespread push for fixed rate increases hurts the consumers and utilities alike.

In the first quarter of 2016, utilities in 18 states outlined 27 proposals to increase fixed charges for their residential customers, according to the most recent 50 States of Solar report.

Of those pitches, the median proposed fixed charge was $13.44, far heftier the $4.48 median existing fixed charge for those utilities. Across all first-quarter proposals, the median increase requested was $4.84 — on average, a 55 percent spike — according to the report. That value jumps higher. For example,  an Indiana utility requested an 80 percent increase.

The trend traces back a few years. It largely took hold after the Edison Electric Institute, a national trade group for investor-owned utilities, issued a lightning-rod report in 2013 that urged utilities to introduce higher fixed charges to insulate their bottom lines from customers seeking lower bills.

Peter Kind, the author of that report, walked back his proposition last year in another report that advocated for an energy sector with more players. Still, utilities nationwide are seeking fixed charge increases — a short-sighted plan that invites long-lasting problems.

The higher fees represent a departure from the typical $5 to $10 portion of a utility bill that covers fixed costs, including for a meter and billing. That piece is different from charges for electricity itself, based on usage. Utilities’ moves to hike up the fees not tied to usage make it tougher for customers to justify the buy-in for more energy-efficient systems.

“That means when you buy an efficient light bulb or get a new appliance that maybe uses less energy than your previous appliance, you’re not saving as much money,” Gilliam said. “You have less control over your utility bill.”

Banding Together to Fight Fees

The fixed charge conversation has brought together diverse stakeholders, including solar and consumer advocates, to fight against lopsided rates. Gilliam, alongside representatives of the Consumer Law Center and the Natural Resources Defense Council, called mandatory fixed fees a “backwards looking, blunt tool” in a scathing critique they wrote for Utility Dive in April.

Their unified campaign to ensure fair pricing for low-use customers spotlights broad implications of high fixed fees. More and more, they groups say, they find common ground on the issue. Gilliam told ILSR there is “pretty much universal opposition.”

A fixed charge plan reduces benefits for solar customers despite their limited impact on the grid, a rallying cry among solar proponents. But some groups shoulder more severe consequences when utilities implement uneven pricing schemes. For low-income consumers who keep their energy usage down, the financial burden that comes with fixed fees packs an extra punch.

“It’s one thing for the average family to have to pay more,” Gilliam said. “But for low-income customers that are low-use customers, these increases in fixed charges really hit them hard.”

Vote Solar and other advocates have injected themselves into state rate cases, the processes by which utilities set new rates. Utilities tout the inevitable costs of funneling energy throughout their networks. But the charges erect financial barriers to solar and energy efficiency measures, jeopardizing environmental and financial benefits down the line.

It makes sense particularly considering most utilities’ assets last between 30 and 50 years, and sometimes longer, Gilliam said. When more customers opt into rooftop solar and other efficiency measures, they reduce strain on the existing network and bolster long-range cost cuts.

In the near term, there are other pathways for utilities to better fit energy costs into a market that increasingly favors renewables. Specifically, Gilliam singled out time-of-use rates — policies that change the cost of power based on the time of day. These policies might have a customer paying 20 cents per kilowatt-hour from 4 p.m. to 6 p.m., but only 5 cents from midnight to 8 a.m., in line with the demand for electricity at that time of day. In general, utilities pay more to deliver electricity at peak times and vice versa.

Aligning rates with the varying cost of energy safeguards fair pay — including for residential solar producers whose surplus power circulates into the grid. The policy also can encourage customers (with or without solar) to be more energy-conscious and lower their usage during the busiest times.

The time-of-use philosophy can also apply to net metering, the policy that requires utilities to dole out credits to customers who produce energy through their own rooftop solar arrays. Under a framework that factors in timing, solar customers would get credits worth more when their energy helps satisfy demand at peak times.

“That to us also seems fair, so that the value of your energy that you’re producing to you is more when the cost to the utility is more” Gilliam said. And unlike fixed fees, fair (time-of-use) pay also means fair play.

This is the 36th edition of Local Energy Rules, an ILSR podcast with Director of Democratic Energy John Farrell that shares powerful stories of successful local renewable energy and exposes the policy and practical barriers to its expansion. Other than his immediate family, the audience is primarily researchers, grassroots organizers, and grasstops policy wonks who want vivid examples of how local renewable energy can power local economies.

Local Energy Rules is published intermittently on ilsr.org, but you can Click to subscribe to the podcast: iTunes orRSS/XML.