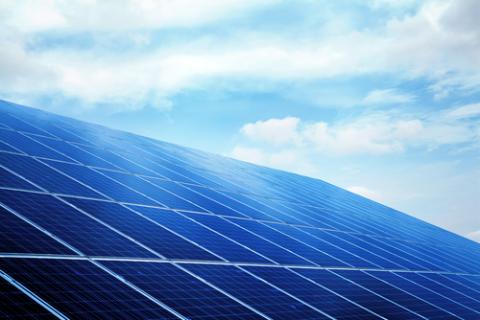 NEW YORK — Third-quarter solar installations in the U.S. jumped 41 percent from a year earlier, including a record number of residential systems, according to the Solar Energy Industries Association (SEIA).

Developers added 1,354 megawatts, the second-highest quarterly total ever, the Washington-based industry group said today in a report produced with GTM Research. A total of 16.1 gigawatts of photovoltaic systems are in operation in the U.S.

More than 300 megawatts of residential power systems were installed in the quarter and have “become a remarkably consistent, growing market,” Shayle Kann, senior vice president of GTM Research, said in a statement. “By the end of this year there will be more than 600,000 homes outfitted with solar, and we see no signs of a slowdown next year.”

The U.S. is on pace to install 6.5 gigawatts of solar capacity this year, which would be 36 percent more than 2013, according to the report. Through the first three quarters, 36 percent of all generating capacity added in the country was solar, compared with 29 percent a year ago and 9.6 percent in 2012. Developers added 2.1 gigawatts of solar power in the fourth quarter of last year.