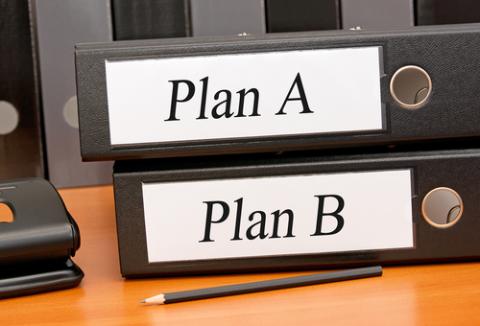 WASHINGTON, D.C. — A solar-energy group is offering a plan to resolve a trade dispute between the U.S. and China, saying import duties currently in place are crippling the industry in both nations.

The Washington-based Solar Energy Industries Association plans to announce today a proposal to eliminate tariffs on solar gear and establish a fund to help U.S. manufacturers with contributions from China.

“The problem we have right now is that the trading rules are not working well,” John Smirnow, vice president for trade and competitiveness for the group, known as SEIA, said in a phone interview. “Solar has a very complex global supply chain” and relying on the existing system to settle trade disputes isn’t working, he said.

Tensions between the U.S. and China, the world’s two largest economies, over clean-energy production have threatened to erupt into a trade war within the last year, with both sides imposing duties on imports. The price of polysilicon, the main ingredient in solar cells, has dropped 57 percent since 2010, as both nations grapple for market share.

The U.S. Commerce Department a year ago set penalty rates for Chinese producers, including Suntech Power Holdings Co. and Trina Solar Ltd., after determining the companies had benefited from government subsidies and had “dumped” their products onto the U.S. market at below the cost of production. The American unit of Bonn-based SolarWorld AG brought the complaint.

The U.S. solar-energy industry, which includes manufacturers as well as installers of solar panels, has been caught in the crosshairs. While import duties on Chinese-made solar cells have benefited some U.S. manufacturers, they have made the finished panels more expensive, harming panel installers and consumers who face higher prices for the finished product, according to Smirnow.

At the same time, Chinese manufacturers face higher prices as they seek to avoid U.S. duties, he said. Since the tariffs set by the Commerce department last year apply only to Chinese- made solar cells, solar panel manufacturers in the Asian nation are buying cells at a premium in Taiwan and putting together the finished panels in China before shipping them to the U.S., Smirnow said.

The U.S. industry plan would abolish the U.S. duties on solar cells from China, as well as China’s tariffs on U.S.-made polysilicon. Instead, China’s solar-energy companies would establish a fund in the U.S. that American solar-cell manufacturers could draw from to help them “scale-up,” Smirnow said. While the size of the fund would be negotiated based on market estimates, it would probably be in the hundreds of millions of dollars over the next three years, he said.

“Currently Chinese companies are paying a premium to get their products into the U.S. market,” according to Smirnow. Payments to the fund — combined with the abolition of U.S. import duties — would provide Chinese manufacturers with a cheaper option than having to purchase solar cells in Taiwan or another nation, he said.

The compromise plan is similar to a settlement in which the U.S. agreed to pay into a Brazilian fund to help the South American nation’s cotton industry rather than face stiff import duties, Smirnow said.

Lead image: Plan A and Plan B via Shutterstock