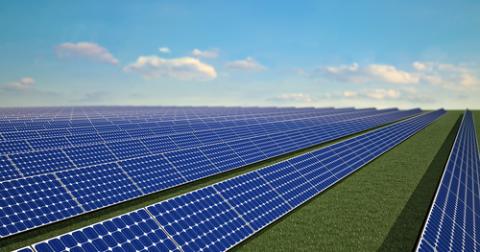 BERLIN — Solarworld AG and REC Solar ASA are benefiting from a boom in solar-energy installations in the U.S. that outweigh a decline in their European home markets.

REC Solar, the Oslo-based company that produces in Singapore, increased the share of its sales in the U.S. in each of the past three quarters and seeks to continue that trend, it said today. Solarworld said it plans to expand its U.S. manufacturing capacities as shipments to the region increase.

“The market in the U.S. is growing, and it will continue to do so because system costs are coming down,” Solarworld Chief Executive Officer Frank Asbeck said today in a phone interview.

REC, Solarworld and other producers of solar products have suffered from shrinking markets in Europe, where governments have cut subsidies to contain runaway electricity costs. They’re turning to the U.S., where installations will almost double by 2016 to 9.6 gigawatts, up from about 5.1 gigawatts this year, according to Bloomberg New Energy Finance.

Solarworld earlier today said its shipments of modules and related kit jumped 50 percent to 270 megawatts in the third quarter. The U.S. was the company’s single-biggest market. Its shares jumped as much as 10.5 percent in Frankfurt to 13.60 euros a share, the highest since Sept. 23.

REC Solar is being helped because its production cost is mostly paid in U.S. dollars, Luc Grare, senior vice president, said today in a phone interview.

“The dollar is a favorable currency for us,” especially if the euro continues its decline, he said. REC Solar is growing production capacity to as much as 1,300 megawatts by the end of next year, from about 950 megawatts this year, he said.

Solarworld has 500 megawatts of module production capacity in the U.S. and plans to expand that, Asbeck said, declining to give more details. The company sees a good fourth quarter and has a “decent” level of orders stretching into 2015, he said.