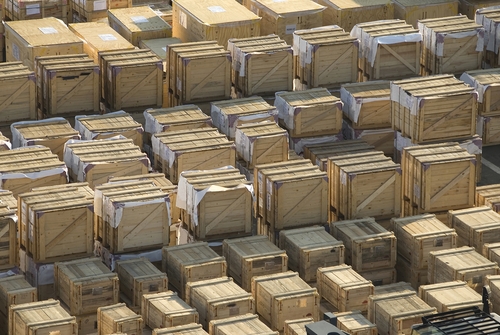 SAN FRANCISCO — The U.S. sold more renewable energy and power management products to China in 2011 than it imported, contradicting wide-held views that the Asian nation is becoming the world’s dominant supplier, according to the Pew Charitable Trusts.

U.S. suppliers had a $1.63 billion trade surplus for solar manufacturing equipment, specialty materials, power-management control systems and other high-margin products, according to a report today from the Philadelphia-based nonprofit group. A total of $8.5 billion of clean energy goods and services were exchanged between the two countries in 2011, the last year for which data are available.

The finding challenges assumptions about competitiveness between the two nations, which are the world’s largest economies, electricity markets, greenhouse-gas emitters and recipients of clean energy funding, according to Michael Liebreich, chief executive officer of Bloomberg New Energy Finance, which compiled data for the report.

“The United States is viewed primarily as a services economy and an insatiable importer,” Liebreich said in the report. “China’s dominance in complete solar modules obscures its meaningful imports of higher-margin capital equipment, specialty materials and polysilicon.”

China’s advantage is in large-scale manufacturing and high- volume production, including wind-turbine towers and solar cells and modules, according to the report. U.S. companies lead in manufacturing equipment and specialty materials for renewable- energy systems,

Solar products accounted for more than $6.5 billion in trade between the U.S. and China, with a $913 million surplus for the U.S., according to the report. China and the U.S. exchanged more than $1.1 billion worth of smart meters, LEDs, advanced lithium-ion batteries, electric cars and other energy efficiency products, with a U.S. surplus of $571 million. The wind industry generated $923 million in trade, and U.S. companies had a $146 million surplus.