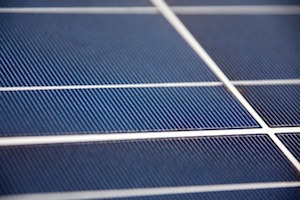 On June 24, the U.S. government took action against forced labor in Xinjiang, China. As a result, U.S. Customs and Border Protection (CBP) have issued a Withhold Release Order (WRO) on silica-based products made by Hoshine Silicon Industry Co., Ltd., a company located in Xinjiang, and its subsidiaries.

Personnel at all U.S. ports of entry will detain all shipments that contain polysilicon that was manufactured in Xinjiang, China. Polysilicon is a key ingredient in solar panels.

In addition, the Department of Commerce has added the following Chinese companies to a blacklist restricting their products from the U.S. market “for participating in the practice of, accepting, or utilizing forced labor in Xinjiang and contributing to human rights abuses against Uyghurs and other minority groups in Xinjiang.”

“We’ve said it before and will say it again: we are disgusted by these practices, and forced labor has no place in the solar industry. These claims are a direct contrast to our values and how we strive to operate as an industry. We expect our companies to hold themselves to the highest standards possible when it comes to the environment and health and safety of their workers, and many embrace strict operating standards.

We will continue to update this story as events unfold.