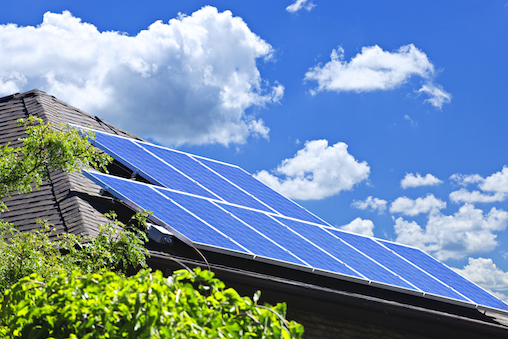 Rooftop solar is casting a $2 billion shadow over power generators across the eastern U.S.

With more than a million U.S. houses set to have solar panels by the end of next month, grid managers serving the eastern U.S. plan to cut the amount of electricity they buy from conventional plants by about 1,400 MW, starting in 2019, according to industry consultant ICF International Inc. That’s enough juice to power about 780,000 households.

The result could be as much as $2 billion in lost revenue for generators that are already reeling from lower demand, tight environmental regulation and depressed prices. Power producers including NRG Energy Inc. warn that the growing reliance on solar may curtail investment in conventional power plants, threatening the reliability of the U.S. electricity system. That’s already happened in Germany, they say, citing plans by EON SE and RWE AG to scrap existing or planned plants.

The decision “creates a risk you are going to repeat in the United States what’s happening in Germany,” said George Katsigiannakis, a principal at Fairfax, Virginia-based ICF, in a telephone interview. “The result of that is going to be that generating resources, reliable generating resources, don’t make their money and they retire.” 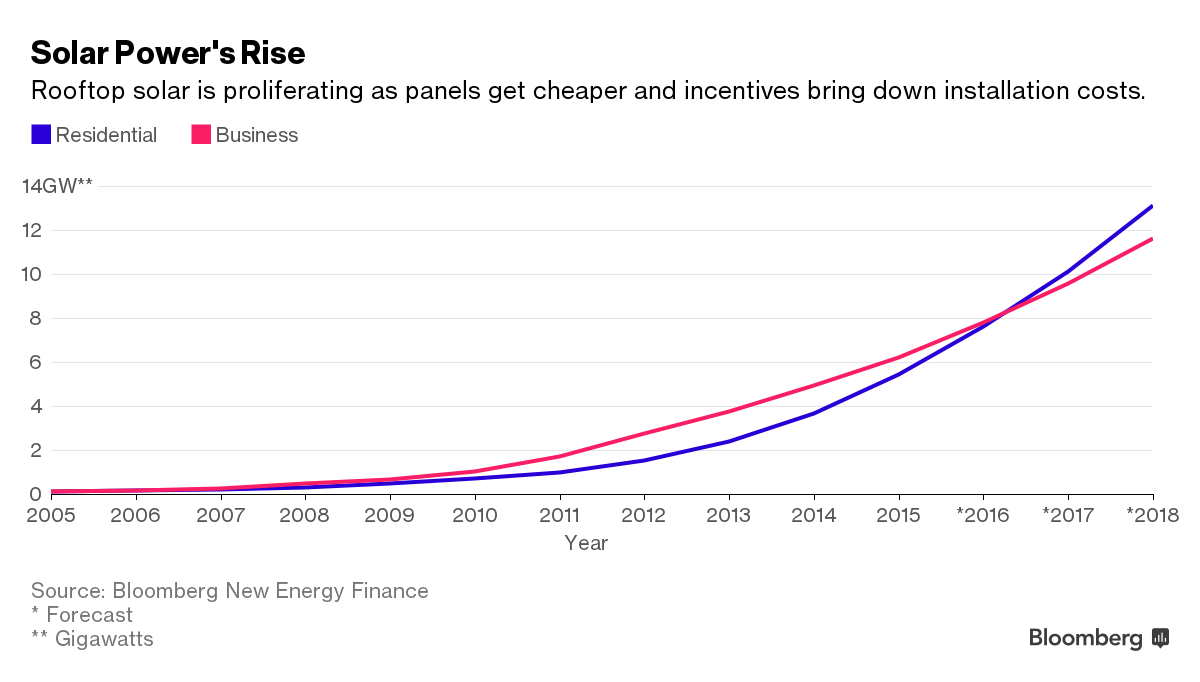 Under “Energiewende,” a German transition plan designed to lessen fossil fuel use, about 30 percent of the country’s power is now generated by renewables, sending power prices to their lowest levels in more than a decade. That spurred EON’s Uniper unit to seek closure of two gas-fired units in Bavaria, and Essen-based RWE to scrap plans to start up its coal-fired Westfalen-D plant, valued at 1 billion euro ($1.1 billion).

While EON didn’t respond to a phone call and e-mail seeking comment, an RWE spokeswoman said “nearly all of our stations are in the red” as a result of low prices.

“The considerable drop in wholesale electricity prices and the difficult political environment are weighing on us,” Vera Buecker said in an e-mailed response to questions. “Many power plants are hardly being used and cannot cover their costs.”

In the U.S., power availability is sold at auctions held by the operators of regional power grids such as PJM Interconnection LLC, which serves more than 61 million customers ranging from Washington to Chicago, and ISO New England Inc., which manages a six-state system with 7.1 million customers. The grids estimate their power needs to meet peak demand, then gather supply commitments from generators who bid to sell their power.

This year, for the first time, PJM and New England have included solar growth in their estimates for 2019, spurring a national debate on how the nation’s electrical system will be financed and managed moving forward.

The new grid estimates come as generators have been battling a toxic combination of low prices and increasingly stringent environmental rules. Wholesale power prices are largely determined by the cost of natural gas, now trading at a 17-year low. The newly approved federal rules, estimated to cost the industry $9.6 billion per year, now mandate the use of expensive “scrubbers” to curb emissions.

Last year, revenue from electricity sales in the U.S. fell 1.3 percent to $388.1 billion, and the industry retired almost 18,000 MW of generation, according to the Energy Information Administration. A decision by the grids to factor in power from rooftop solar arrays in the future would be “a double punch on the conventional power plants,” Katsigiannakis said.

Abe Silverman, the assistant general counsel at NRG Energy, says the grids are trading reliability for low costs by including weather-sensitive resources such as wind and solar.

If the grids are allowed “to suppress prices below economically sustainable levels, the region will experience premature resource retirement and the inability to attract new” power plants, Silverman said in an e-mailed response to questions.

The $2 billion in losses identified by ICF International breaks down three ways for 2019. Generators stand to lose as much as $716 million in New England’s auction, where demand for conventionally-generated power has been cut by 390 MW, according to ICF. It’s a figure that takes into account both the amount of new solar expected to be in use by 2019, and estimates for the power lost when the sun isn’t shining. At the PJM auction, the loss is about $754 million, and in New York it’s about $523 million.

“It’s certainly possible to see rooftop solar growing to a level where it becomes a serious issue for regulated utilities and merchant generators,” said Swami Venkataraman, vice president and senior credit officer for infrastructure finance at Moody’s Investors Service Inc. “It compounds all the other issues if solar is also going to cause demand to go down.”

To be sure, there is another side to the issue. Rooftop solar has been a bonus for consumers. Last year, the average solar panel system generated enough electricity to meet the needs of 80 percent of the average household’s electricity, according to the Solar Energy Industries Association. At the same time, utilities in about 30 states pay for the exports at the full retail price of electricity, aiding their rapid deployment.

The practice, known as net metering, is being fought by power providers, who say customers should pay more for the costs of maintaining the overall electrical system.

“This is only going to get more sizable in the future, because this is real capacity,” said Sanem Sergici, a Cambridge, Massachusetts-based analyst at the Brattle Group Inc., in a telephone interview. “The bottom line is that most of the grid operators are now really relying on these distributed energy resources as long-term reliable resources.”