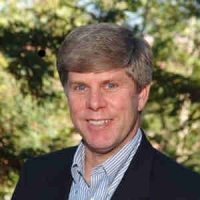 The solar Power Purchase Agreement (PPA) has become the de facto standard for U.S. commercial and industrial solar project financing, providing long-term certainty for solar investors as well as energy expense savings and a hedge against electricity price volatility for energy customers. In fact, in 2008, PPAs accounted for over 70 percent of the non-residential market according to Alta Terra Research.

Home to much of solar technology’s innovation, and the majority of the U.S. solar market, California has also been a main driver in the growth of new solar financing models such as the PPA.  Additionally, if proposed changes to the state’s policy on Renewable Energy Certificates pass, the market is likely to see further improvements in project economics and respective increases in demand.

Renewable Energy Certificates (RECs) are tradable commodities that represent the environmental benefit associated with clean, renewable electricity generation. RECs can be unbundled (traded or sold separate from the actual generated energy), and provide a positive cash flow stream that incentivizes the development of carbon-free renewable energy projects such as solar PV.

Currently, 28 states have Renewable Portfolio Standards (RPS), an obligation on electricity supply companies to produce a specified portion of their electricity from renewable sources. Some of these states have allowed utilities to purchase RECs to help achieve their RPS goals.  In such “compliance markets” RECs can be a powerful driving force for renewable energy adoption, adding incremental revenue streams for project developers and owners.  Other states, such as California, do not allow utilities to use RECs to meet their RPS obligations.  In this environment there can still be a market for RECs but the value tends to be much lower as the price is determined solely by voluntary demand for clean electricity.

While California has the most aggressive RPS mandate in the country, 20% renewable generation by 2010 and 33% by 2020, the voluntary REC market has not been a driving force for renewable energy projects, as the market price for voluntary solar RECs has remained low.  However, this could change.  In late 2008 a proposal was introduced to the California Public Utilities Commission (CPUC) to authorize unbundled RECs to be traded for RPS compliance.  A decision is expected soon. The implications of the Commission’s vote could significantly alter the economics of solar project development in the country’s biggest market.

What do RECs for RPS mean?

As mentioned earlier, California is by far the largest solar market in the U.S. and the status and growth of the state’s solar industry has tremendous implications for the health of the national market.

A transition to a California compliance REC market could have a profound and positive effect on solar growth in the Golden State, providing better opportunities for energy users, utilities and the state to meet our environmental goals.

A quick look at the economics of a PPA shows the net effect of a compliance market can make the California market stronger and improve the overall economics of solar on a project basis and for the industry as a whole.

In California today, large corporate entities such as Intel, PepsiCo and Whole Foods are the largest purchasers of RECs, voluntarily paying around $10 per megawatt-hour (MWh) to effectively reduce their carbon footprint or make their operations carbon-neutral. Although the revenue contributions of these REC sales do have a small positive impact on PPA pricing, currently, they are not a driving factor in the deployment of solar electricity. The voluntary California REC market pricing is simply too low.

Conservative estimates suggest that an unbundled compliance market in California, as currently proposed, might push REC prices upward to near $30/MWh or greater. Taking into account respective contract terms and the time value of money, an increase to $30/MWh in California solar energy revenue would help to reduce the price of electricity provided through a solar PPA by about $.01-.02 per kilowatt-hour (kWh)— making it possible to provide many additional customers with immediate savings over grid electricity costs.

Since each project differs based on location, electricity demand, installation costs, etc., the absolute pricing figure is less important than its relation to the “value of solar” – the PPA price at which electricity must be sold to the customer to enable savings.  We find a $.01-.02 price decline for many customers can often tip them toward savings and an economically viable project.

As noted above, trading of RECs for California’s compliance market can make a meaningful impact on the financial viability of solar power.  However, in the current proposed decision drafted by the CPUC, limits on the percentage of RPS Annual Procurement Targets (APT) that can be met through the purchase of unbundled RECs may restrict the impact that such a policy might have on the development of the solar market in California.

The current proposed limit of 5% of the APT, if not adjusted upwards, will likely not support a market for the volume of RECs generated by the California Solar Initiative and other eligible sources.  If tradable, unbundled RECs are to play a meaningful role in meeting the state’s overall RPS requirements, the percentage cap will have to be adjusted upwards.  The proposed cap is intended to enable the Commission to understand how a compliance REC market in California will work and to assess the impact of REC trading on meeting the state’s RPS and GHG reduction goals for a period of two years, after which the CPUC would consider modifying or eliminating the cap.

One additional concern is that the acquisition of unbundled RECs will replace the development of new bundled REC and energy purchase contracts, and will not provide for the volume of incremental fixed-price power in California.  However, this argument does not apply to distributed solar generation behind the customer’s meter, which in fact reduces the overall need for more fixed-price power.

Ultimately, commercial entities don’t want to buy solar panels, but rather the benefits of clean and cost-effective electricity they generate. Unbundling California RECs to be applied against the state’s ambitious renewable targets will help make solar a more accessible energy choice and accelerate the deployment of solar power statewide.

Paul Detering is CEO of Tioga Energy, a leading solar financing firm enabling commercial, government and nonprofit organizations to reduce their energy costs while lowering carbon emissions. Detering is an experienced leader of early-stage technology companies with over 20 years of experience in the clean technology, telecom and software industries. He received a Bachelor of Engineering in Engineering Physics from the Royal Military College of Canada and a Masters in Business Administration from the Harvard Graduate School of Business Administration, where he graduated with high distinction as a Baker Scholar.